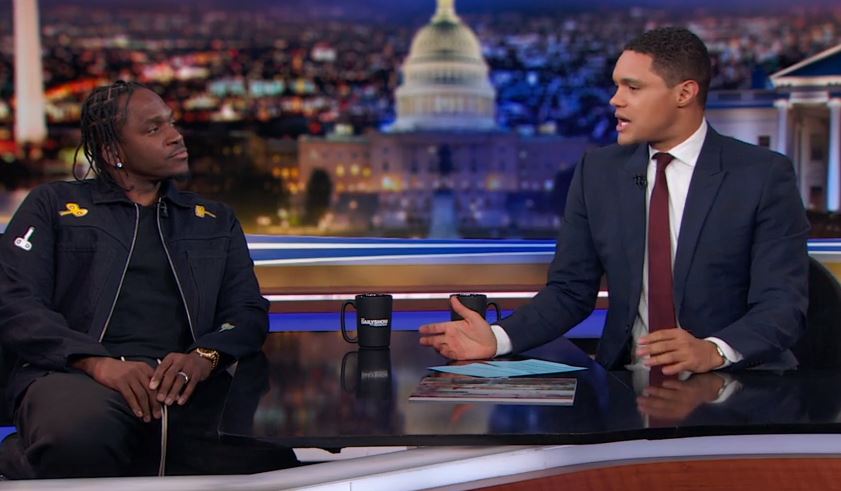 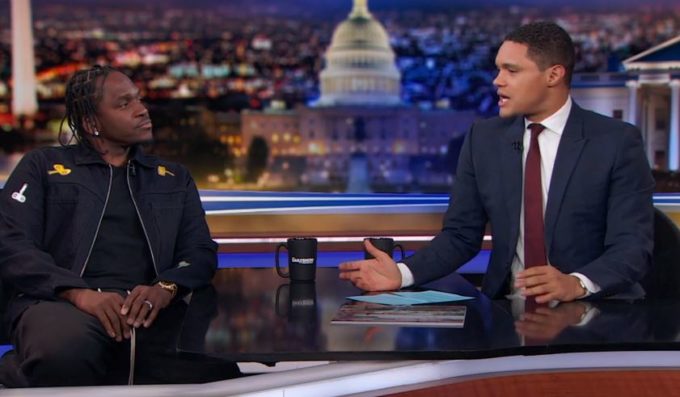 During his album promo run, Pusha T promised he will deliver a classic with Daytona and it’s safe to say that he achieved something close to that at the least.

The GRAMMYs recognized his effort when they gave him a nod for “Best Rap Album” at the upcoming ceremony, where he will be competing against Cardi B, Nipsey Hussle, Travis Scott and Mac Miller. The G.O.O.D. Music president stopped by The Daily Show to talk with host Trevor Noah about his critically acclaimed album, the controversial artwork featuring Whitney Houston’s bathroom, the Drake beef earlier this year, Kanye no longer rocking the MAGA hat and more.

“The best rapper, the best producer, that’s the album of the year,” said a confident Pusha. Watch the interview below.