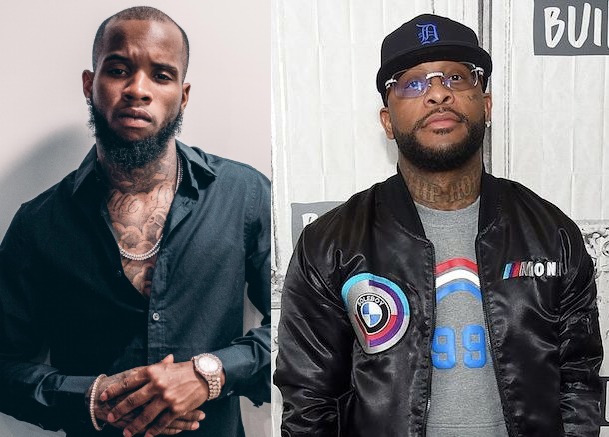 The battle between Tory Lanez and Joyner Lucas last month somehow remained amicable the entire time which was a surprise to many but of course, both rappers felt that they won it. Tory was a little more vocal about it, saying he ended Joyner’s career and challenging any rapper to a battle, specifically naming Pusha T.

Royce was asked if he thought Tory won the battle by a fan on Twitter and responded bluntly “No”, warranting a response from the Canadian artist. 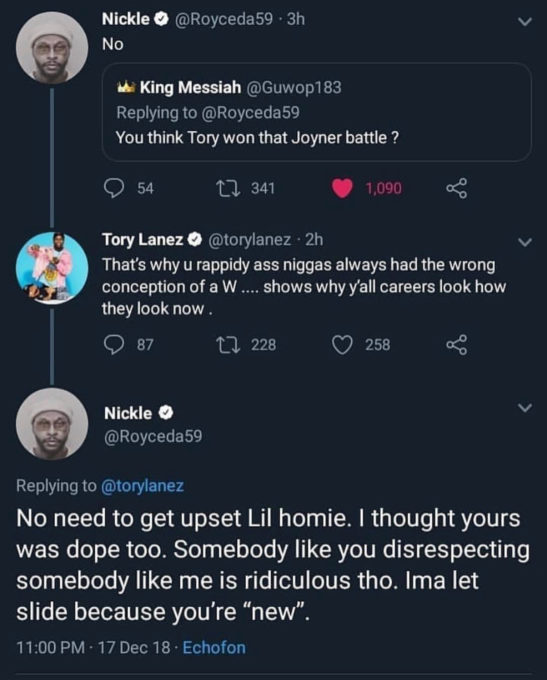 The pair went back and forth for a while with things ending pretty seriously with Royce implying something would happen in real life. This caused a stir online with people citing the infamous rocket launcher video from the Detroit MC about how he was not to be messed with.

But in the early hours of the morning, Tory took to Twitter to reveal that he and Royce spoke on the phone, had a productive conversation and are good. Phew.