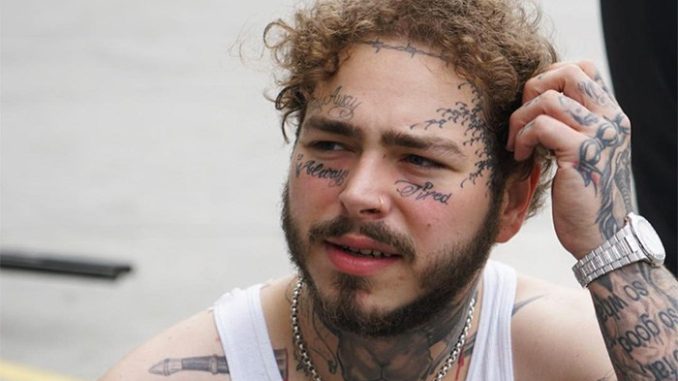 After scoring another number 1 on the Billboard Hot 100 with ‘Sunflower‘ featuring Swae Lee, there is no denying that Post Malone is one of the biggest artists in the world right now and although his success might feel overnight, it’s been a few years’ long process.

We’re all familiar with his breakout hit ‘White Iverson’ in 2015 which was according to Post himself, uploaded to SoundCloud casually but exploded unexpectedly and immediately. The song was recorded in L.A. where he had relocated from Grapevine, Texas. ‘White Iverson’ eventually hit over a million plays on the streaming service within a month of release and Post quickly attracted attention from big record labels. He finally signed a deal with Republic Records in 2015 and the rest is history.

But before his hit making streak where he’s been primarily making Hip-Hop music, Posty was experimenting a lot with his sound and learned how to play the guitar in his late teens. Die hard fans know about his past where he played around with alternative Rock and Acoustic stuff but most of us don’t fall into that category.

Fans have now discovered a rare SoundCloud account belonging to Post Malone where he went by his real name, Austin Richard. The songs uploaded to the account like ‘Silent Night’, ‘Stairs & Strangers’, ‘War Cheif’, ‘Sell’ and ‘Borkowski’ are all more than seven years old when he was just 16, and mainly feature Posty singing emo songs, sightly off key, over Acoustic instrumentals. It’s interesting that the account is still alive on the service but that’s because Post and his team would have never thought someone will unearth it one day. Check out the songs above to get a sense of how far he’s come.