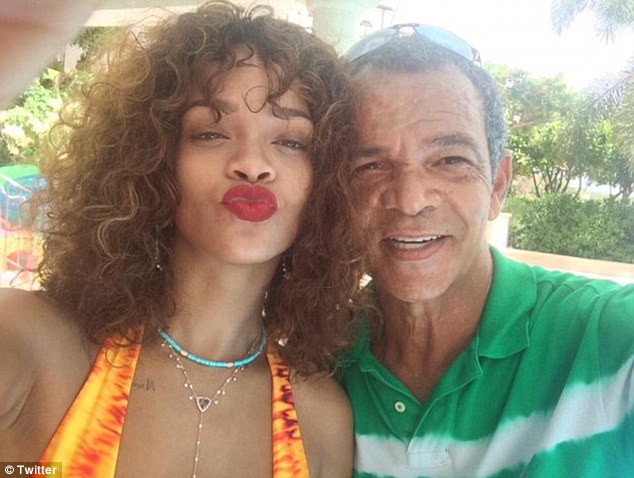 When it comes to her brand, Rihanna doesn’t take things lightly. It is being reported that the singer has sued her own father for using her “Fenty” brand name without her permission.

According to court documents obtained by The Blast and NY Daily News, Rihanna’s dad Ronald Fenty is using the trademarked name for his own talent development and entertainment company without her permission and has “misrepresented” the notion that he can “act on her behalf” while booking shows among other things. The shows include a $15 million tour in Latin America and two concerts at Staples Center in Los Angeles and T-Mobile Arena in Las Vegas for $400,000. Rihanna uses the name for her popular Fenty Beauty Line.

Rihanna claims that her dad even unsuccessfully tried to file a trademark for “Fenty” to use with resort boutique hotels. “Although Mr. Fenty is Rihanna’s father, he does not have, and never has had, authority to act on Rihanna’s behalf, nor has he ever been authorized to use her name, intellectual property or publicity rights,” reads a portion of the suit. RiRi claims that her father failed to act on multiple cease and desist requests sent by her. She’s now asking the judge to order an injunction against her father using the “Fenty” brand name and also pay up for damages.