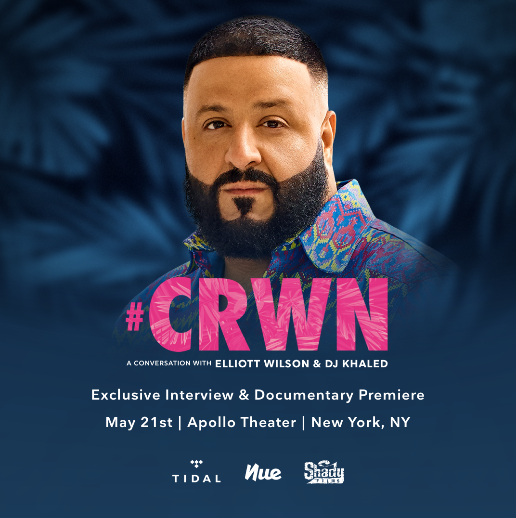 DJ Khaled’s promo before Father Of Asahd was different than usual. In the lead up to the album’s release, he dropped no new singles for the project other than ‘Top Off’ and ‘No Brainer’ which have both been out for a while. But the promo since the album dropped has been insane. Khaled has dropped 9 videos so far and earlier tonight, he put out a new 70 minute documentary taking us behind the scenes of the album process. Watch it here.

Tonight he also sits down with Elliott Wilson once again for another CRWN interview. The last one they did was unfortunately never put up officially but this one is being streamed live by TIDAL so you can check it out below. It’s due to start at 10PM EST.