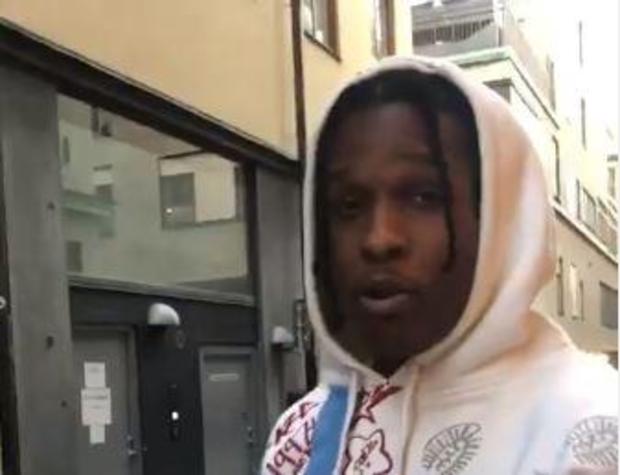 ASAP Rocky was arrested Tuesday night (July 3) on suspicion of assaulting a man in Stockholm, Sweden. After the initial reports, CBS has now confirmed the development after talking to Swedish officials.

The incident happened on Sunday when Rocky and his crew attacked a man on the street. The group of men allege that the rapper’s crew broke their headphones. Rocky and three other men allegedly punched and kicked one of the young men before leaving the scene. ASAP Rocky posted video clips from the incident, showing the circumstances that led to the incident, and a statement saying that he was innocent.

The video shows Rocky and his crew repeatedly asking the two young men to stop following them. “So a few drug addicts are not my fans,” he said on his Instagram. “We don’t know these guys and we didn’t want trouble, they followed us for 4 blocks, and they were slapping girls butts who passed, give me a break.” A female who is not seen in the video, can be heard telling the rapper that one of the other young men, “slapped my ass and my girlfriend’s ass.”

The investigation is supposedly only in the initial stages. Under Swedish law, the suspects can be held for up to three days before they have to appear before a judge to face formal charges.