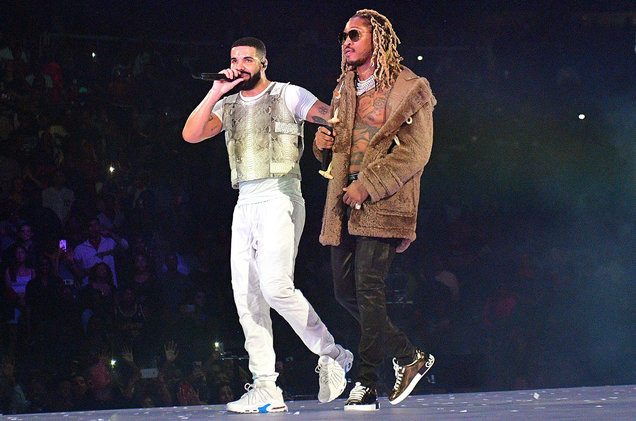 Earlier this year when Drake brought out Future in London on his Assassination Vacation tour, the pair teased a sequel to their 2015 mixtape What A Time To Be Alive, implying that it was already close to being done. In the months that have passed, we’ve had no new updates on the project.

But today, a new collaboration from the two has surfaced. It’s called ‘Big Mood’ — you might have heard a snippet of it last week if you stay online a lot. Moreover, ‘Big Mood’ sounds like it’s the same tune as this snippet of the Drizzy and Quavo collaboration that was making rounds in October of 2017.

Listen below. Will this see an official release soon? Time will tell.