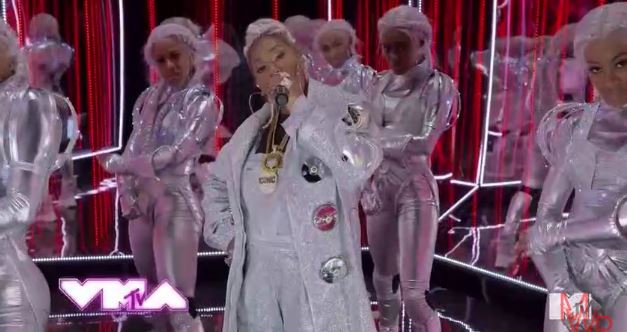 This past weekend, Missy Elliott released her comeback project Iconology, her first in fourteen long years. You can stream it here. The release had her as the topic of conversation on social media and so it’s only right that she got a spot performing at tonight’s MTV Video Music Awards.

She performed ‘Throw It Back’, ‘The Rain’, ‘Hot Boyz’, ‘Get Ur Freak On’, ‘Work It’, ‘Pass That Dutch’ and ‘Lose Control’. You can watch her performance below.