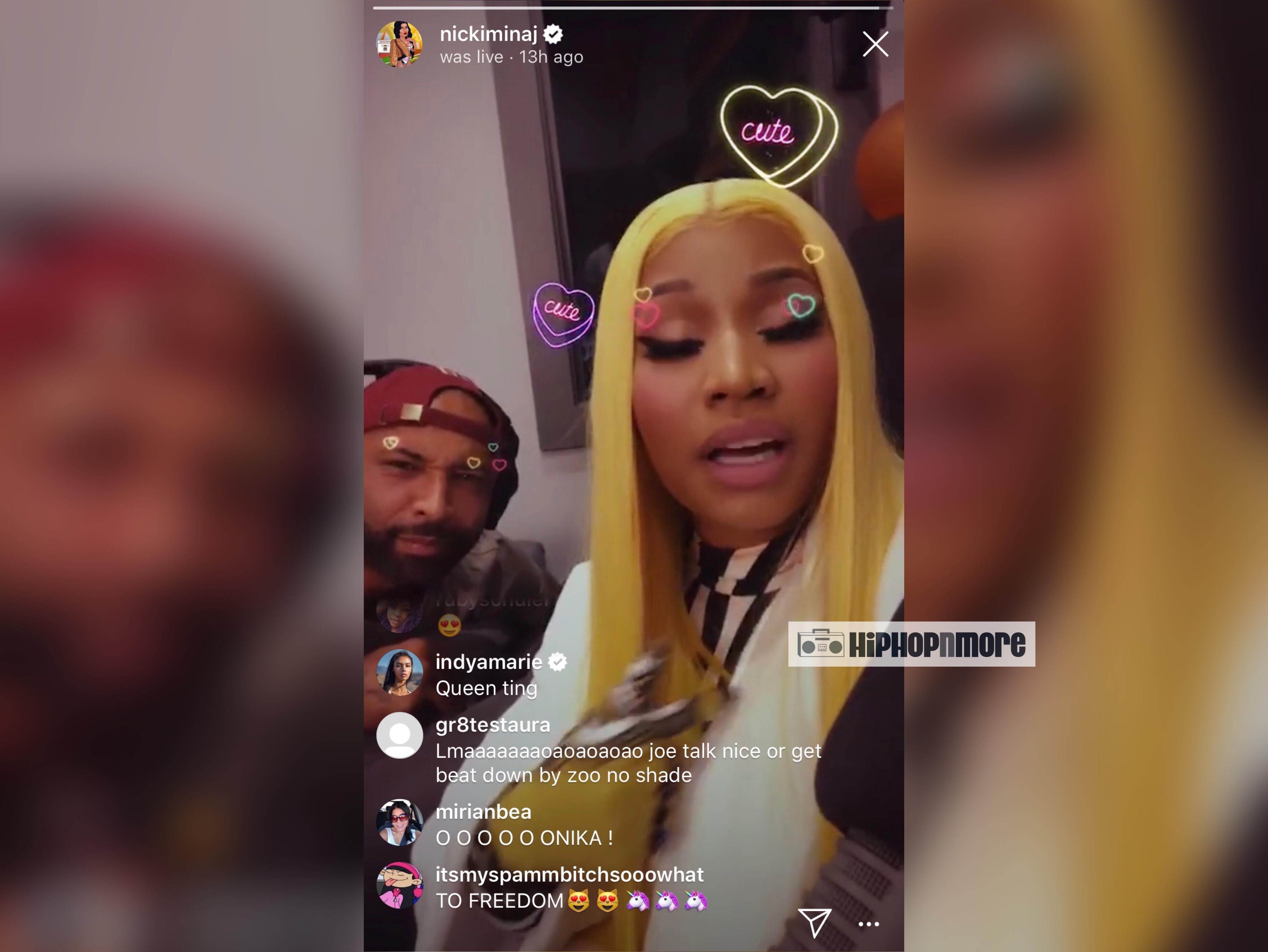 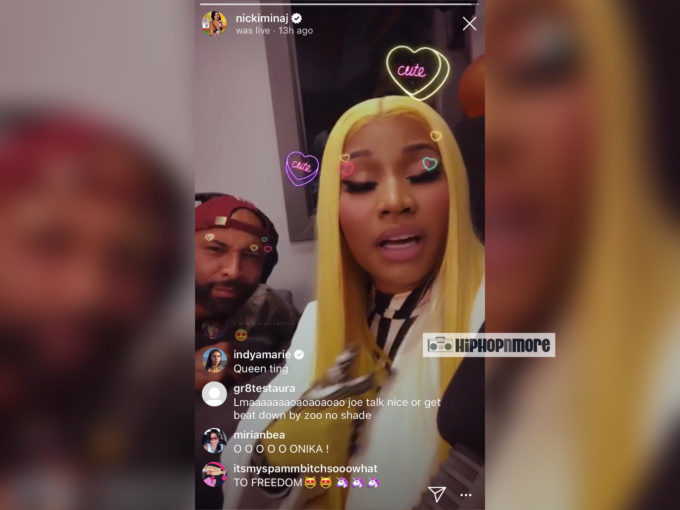 Yesterday was an eventful day for Nicki Minaj fans. The rapper went live on her Queen radio show on Beats 1 for nearly 3 and a half hours and most of the show was occupied by a heated discussion with special guest, Joe Budden.

Nicki and Joe had an argument over some of the past comments that the latter has made about the Queen rapper, in particular the ‘Motorsport’ situation with Cardi B and the recent ‘Hot Girl Summer’ rollout. Budden had claimed during a recent episode of his podcast that the campaign for Nicki’s collaboration with Megan Thee Stallion, ‘Hot Girl Summer‘ was pre-planned and not spontaneous as the two female emcees claimed. Nicki cut Joe’s mic off once she proved to him that he wasn’t being honest owning up to his comments.

Following that, as promised, Nicki made a visit to a taping of The Joe Budden podcast on Tuesday night where the two basically continued where they left off on Queen radio earlier in the day. Nicki broadcast some of the events on her Instagram live which you can watch below. This time, it was more peaceful as Nicki gave Joe an opportunity to explain his side of the story.

The actual conversation starts around the 10 minute mark of the clip.

UPDATE: The full episode is now here on Spotify. Listen below.