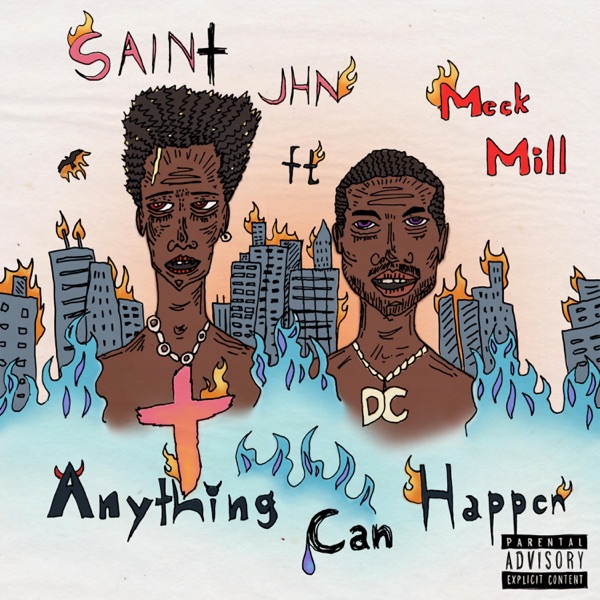 SAINt JHN, the buzzing New York singer and rapper has grabbed Meek Mill for his new single ‘Anything Can Happen’.

The catchy track has a Trap sound to it bit it’s soulful at the same time. Meek fits the record perfectly and surprisingly raps about Kanye West’s public support for President Trump. “I’m watchin’ Kanye on the television, talking Trump / He’s supporting him (Damn) / I have some n*ggas with tunnel vision, and a plug / They deported them (Damn),” he rhymes.