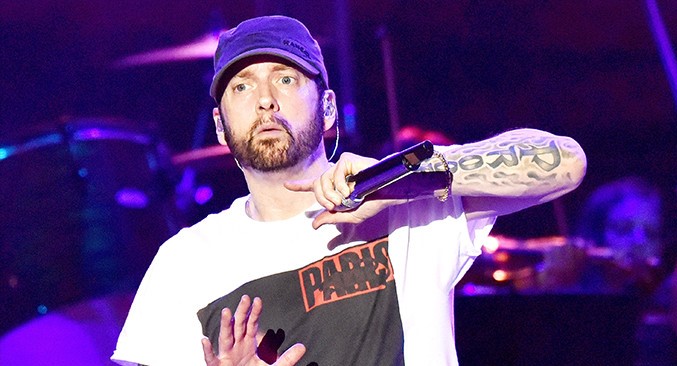 A few days ago, a snippet performed by Eminem titled ‘Things Get Worse’ hit the internet. It was just about six seconds long and had a reference to Rihanna and Chris Brown’s much talked about altercation.

The lines, “let me add my two cents / Of course I side with Chris Brown / I’d beat a bitch down, too” of course caused controversy but the real Eminem fans knew that the era that the track comes from was of real confusion for the rapper who was going through major issue with drugs. Today, the full version of the song has surfaced online.

The verse was reportedly originally recorded for Eminem’s 2009 album, Relapse but B.o.B. later reworked and used it for his 2011 song, ‘Things Get Worse‘. The newly surfaced version has only Eminem performing the hook as well as never heard before verses where he also name drops other celebrities like Angelina Jolie and Jessica Simpson.

Rihanna and Eminem have since worked together multiple times, most notably on the big hits, ‘Love the Way You Lie’ and ‘The Monster’ in 2010 and 2013.

UPDATE: Eminem’s publicist Dennis Dennehy has released a statement to The Guardian, saying:

“This is a leak of something that’s over 10 years old. After Eminem recorded it, he scrapped it, and rewrote it. Obviously he and Rihanna have a great relationship.”