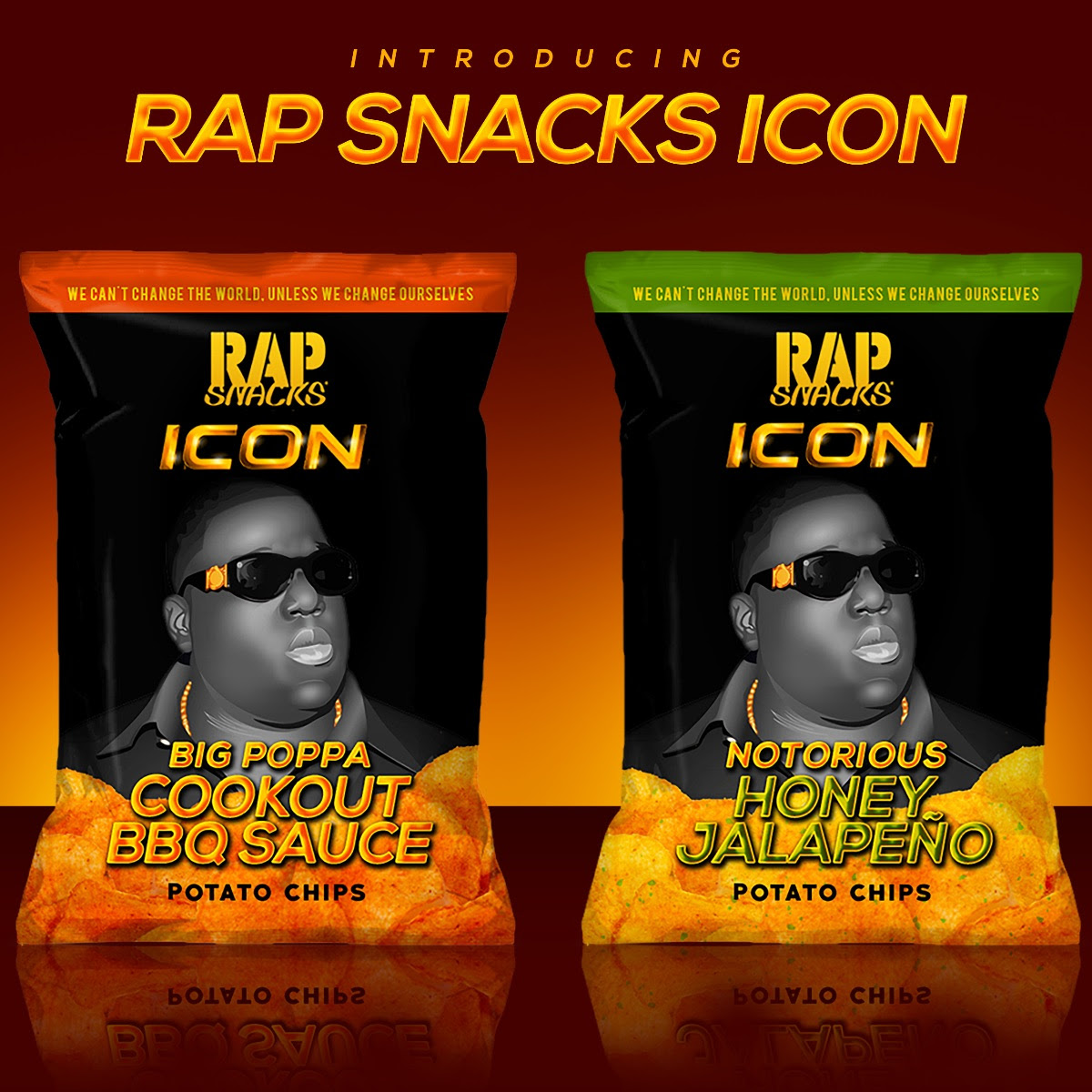 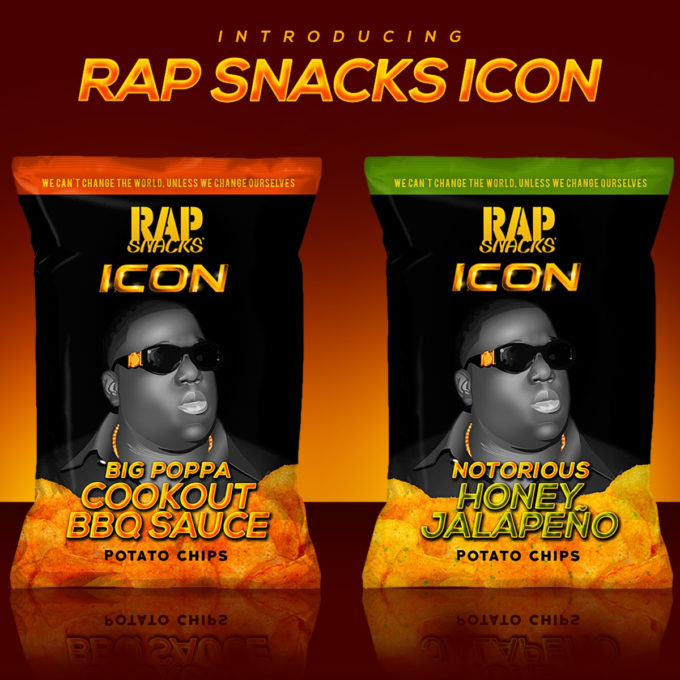 Rap Snacks, often called the official “snack of Hip Hop,” has announced the launch of two new flavors debuting in January. This time, it’s the ICON line and first up is one and only Biggie.

The new B.I.G.-inspired flavors include the Big Poppa Cookout BBQ Sauce Potato Chips and Notorious Honey Jalapeno Potato Chips. The Rap Snacks is launching the Biggie ICON chips in partnership with The Christopher Wallace Memorial Foundation and the Rap Snacks ‘Boss Up’ Foundation. Collaboratively, both foundations will be providing support to organizations from proceeds from the chips.

“I’m happy to announce our partnership with Rap Snacks to create delicious flavored potato chips packaged with my son’s, Notorious BIG moniker and image,” said the legendary rapper’s mother, Voletta Wallace told Billboard. “Our primary focus in doing this deal was to assure a portion of proceeds of sales are paid to The Christopher Wallace Memorial Foundation to further our efforts of providing computers, books and other educational tools to inner city youth as well as assistance to the elderly in the Urban communities.”

Rap Snacks founder, James Lindsay shares, “It is essential to Rap Snacks and the Rap Snacks ‘Boss Up’ Foundation that as a brand, we connect with and support the icons that have made the greatest impact on culture. This partnership is not only an opportunity to pay tribute to those change makers, but through these collaborations we are able to give back to our own in a meaningful way. We value the roles our icons have played and are grateful for their service to urban communities.”

A Master P snack will be next in the ICON line with the Bar-B-Quin with my Honey Cheese Puffs.