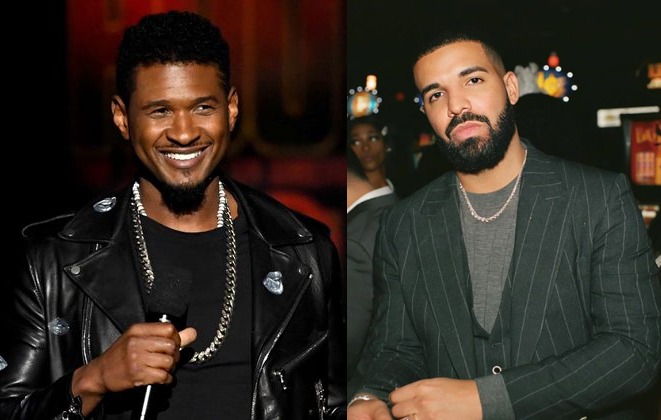 At his 2014 OVO Fest, Drake brought out guests like J. Cole, 50 Cent, Lauryn Hill, Trey Songz, Jhene Aiko and more. One of the guests who got the best reception was Usher, who performed a few songs and then had a fun dance off with Drizzy.

In an interview around the same time, Usher confirmed that he and Drake had done a song together called ‘Slow Motion’ that was “kind of personal” and “a relationship song”. In an interview a couple of years later, right after he released Hard II Love, Usher revealed that the song didn’t fit the tone of the LP and he wanted a cohesive work, so he left it off. He did say that we should get a collaboration with Drake at some point.

Years later, today the song has surfaced online. Drake has two verses on the song, one to open it and one to close it, the first about his mother not getting into a relationship and the second about one of his own. They are indeed quite personal. Listen to it below and let us know what you think.