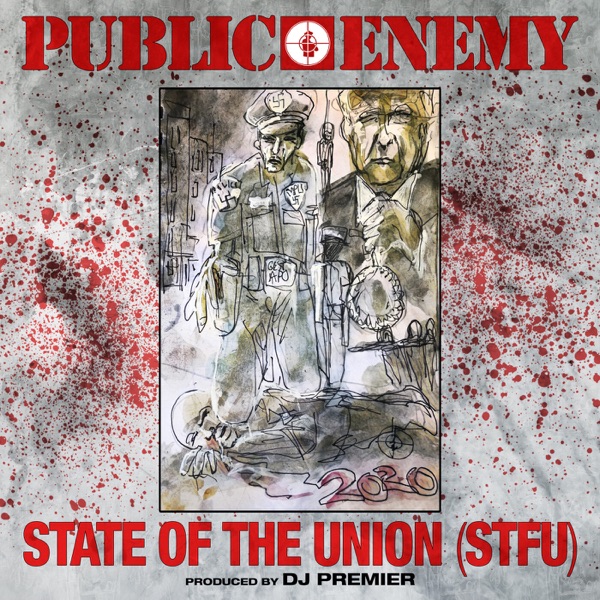 Public Enemy has always been at the forefront of protest music and delivering political raps to reflect the climate.

So when America is going through a big unrest in wake of unprovoked killings of black people, we didn’t expect Chuck D, DJ Lord, Jahi and company to remain silent. The veteran rap group has dropped a new song today called ‘State of The Union (STFU)’ where they criticize President Trump and the country’s unfair dealing with black people.

“State of the Union / Shut the f*ck up / Sorry ass motherf**ker / Stay away from me,” they rap on the powerful hook of the track which comes along with a music video. The production comes from none other than DJ Premier. Watch it below.

“Our collective voices keep getting louder. The rest of the planet is on our side. But it’s not enough to talk about change. You have to show up and demand change,” says Chuck D. “Folks gotta vote like their lives depend on it, cause it does.” “Public Enemy tells it like it is,” added Flava Flav. “It’s time for him to GO.”

In March, Chuck D and Flavor Flav were beefing performing at a Bernie Sanders rally in L.A. The friction stemmed from Flavor’s reps issuing a cease and desist letter to Bernie Sanders’ campaign following news that Chuck would perform at his rally. A few days later, the group said it was just a “hoax” to promote new music.