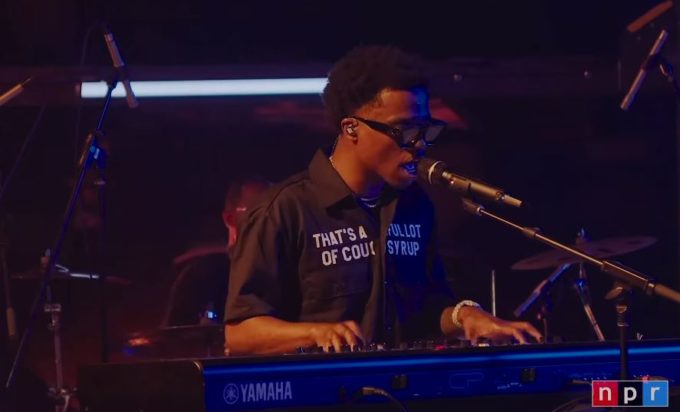 Roddy Ricch has been one of the biggest hitmakers in the last year or so, delivering hit single after single for the masses.

The L.A. resident is also a talented performer where he often brings his keyboard along to bring some live instrument flavor to his smooth vocals. Roddy is the latest guest on NPR’s Tiny Desk Home Concert where he is joined by 1500 or Nothin band, resulting in a performance worth watching. He performs the songs, ‘Perfect Time’, ‘Bacc Seat’ where he is assisted by Ty Dolla Sign (and his guitar), the current hit ‘High Fashion’ and ‘War Baby’.

Watch his amazing set below. Last week, he performed with DaBaby on the BET Awards.