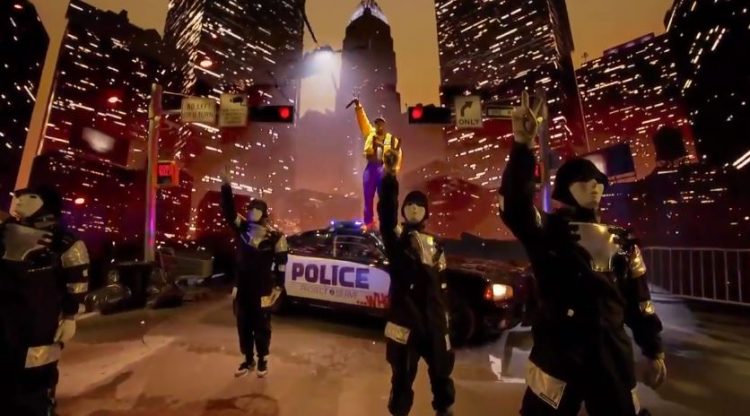 DaBaby was one of the more anticipated performers on a great lists of artists who are set to hit the MTV VMAs stage tonight and he used his platform well. The NC rapper took the opportunity to perform ‘ROCKSTAR’ from the original version of the album along with ‘BLIND’ and ‘PEEP HOLE’ which appeared on the deluxe.

By the end of his performance, he was stood atop a police car with the city burning down around him. He had some help from the Jabbawockees too. You can watch the performance in full below.