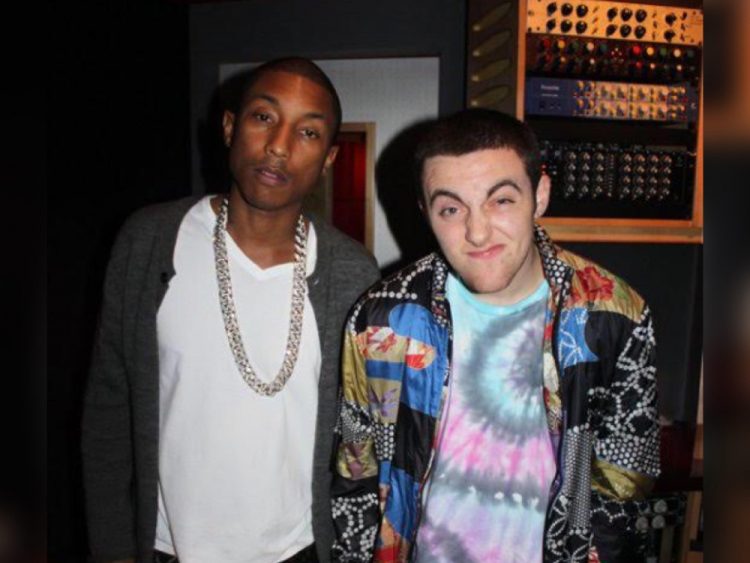 The origin of the track is not known but it’s safe to assume that it was recorded for their joint EP Pink Slime that never came out. The anticipated project was announced in 2013 but kept getting delayed due to some reason or another. Last year, Pharrell spoke about it in an interview with Vulture.

“I just remember him being a fan of music and wanting to go deeper and challenge himself,” Pharrell said to the publication. “He was really independent in the rap game, but he liked Tribe and all the jazzy shit, and he liked a lot of the stuff we did that’s jazz-influenced, rap records that had those kinds of colors and chords. And he wanted to know more about it. He wanted people to know that there was way more to him than his indie-rap success. He wanted people to know the layers and the depth of his potential.”

“I used to dream about Vegas (Uh), pourin’ cream for the ladies / Coke girl wear just like it was the ’80s, fast forward, crazy / BBC jeans futuristic like Darth Vader babies,” opens Pharrell on the song that has a typical Neptunes-style production. “This that sh*t you didn’t think you would hear, but I’m sure you happy you did, cheah,” Mac says on the outro of the record.

Listen to the newly surfaced song below.