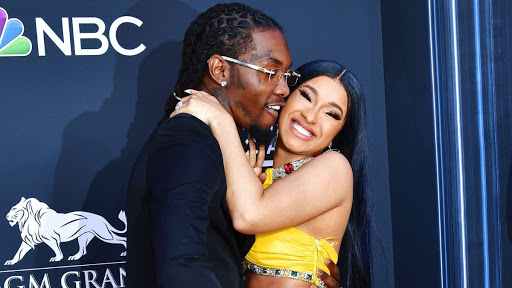 Cardi B has addressed the filing of divorce from Offset for the first time.

The rapper went live on her Instagram on Friday evening to clear all the reports that have been surfacing on the internet surrounding the couple’s relationship. Cardi denied that Offset was having a child with another woman and that his cheating was the reason for the split.

“Every single time that this guy has been so crazy, so f**ked up and it hits the media, I’m always crying, always sad because I don’t like that type of sh*t,” Cardi said. “This time, I wasn’t crying. You want to know why? The reason for my divorce is not because of none of that sh*t that ever happened before. It’s not because of cheating. I’m seeing people be like, ‘Oh, he has a baby on the way.’ That’s a whole f**king complete lie. That’s the second time people are trying to pin babies over here. No, that’s bullsh*t.”

Cardi opened up further, saying that she just got tired of all the arguments with her husband over a period of time and and before she got cheated on, she decided to leave the relationship on her own terms. “I just got tired of f**king arguing,” she admitted. “I got tired of not seeing things eye to eye. When you feel like it’s just not the same anymore, before you actually get cheated on, I’d rather just leave.”

Cardi also clarified that she didn’t file for divorce to create some kind of buzz around her forthcoming sophomore album. “Nothing crazy out of this world happened, sometimes people really do grow apart,” she said. “I been with this man for four years. I have a kid with this man, I have a household with this man…sometimes you’re just tired of the arguments and the build up. You get tired sometimes and before something happens, you leave.”

Cardi has previously said that she planned to address drama surrounding her relationship with the Migos rapper on her upcoming album.