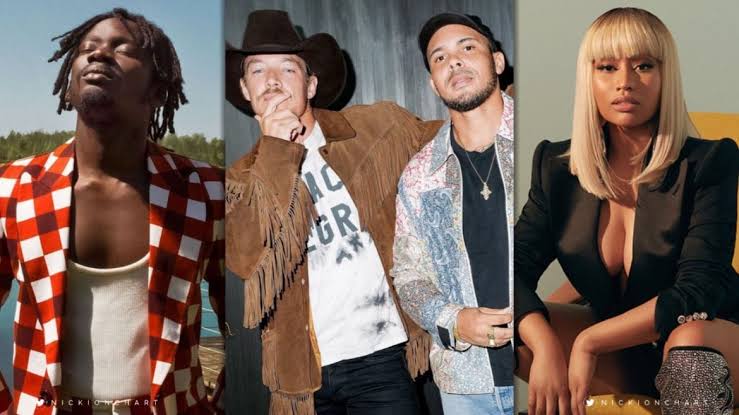 This song has been in the making for a while now so fans will certainly be relieved to finally hear the official version. Check it out below via the Dance video. “Without touring, we’ve had to find new ways to connect with fans and share our music with them. We hope you eat as many of these as we have and love that we were able to do something fun to celebrate the release of Oh My Gawd,” said Major Lazer founder Diplo.

“This record was really fun to make,” Nigerian superstar Mr Eazi said, “and it’s crazy how it went from hearing a K4mo intro in the studio with Fred Again, to me jumping on it and then Diplo hopping in! And Walshy hitting me up to say it’s a banger—next thing Nicki is on it! Been a journey really, like two years in the making and I can’t wait to perform it at my next festival!”

To celebrate the start of Carnival season and the new single, Major Lazer will also throw an online Carnival livestream via Twitch on September 13. Hosted by Walshy Fire, the all-day event will feature DJ sets from Major Lazer and more than 20 artists from around the world. Fans can tune in on this link.