Watch The Full Replay of Monica vs. Brandy ‘VERZUZ’ Battle 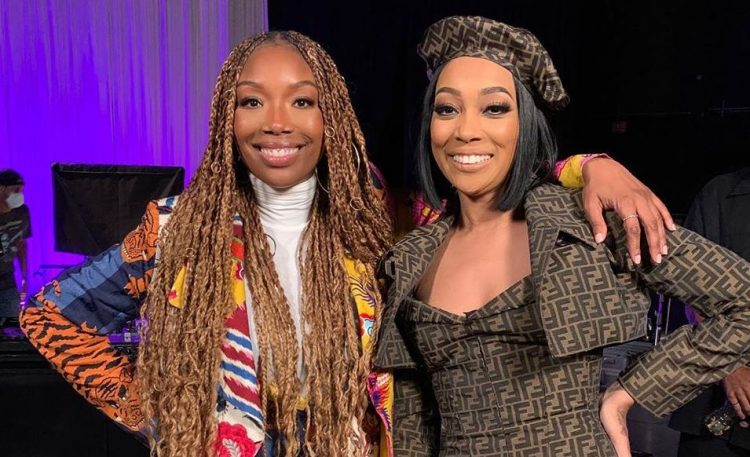 Brandy and Monica went head to head for a VERZUZ battle tonight which was an instant hit on all live stream channels. Monica also shared a new song called ‘Trenches‘ featuring Lil Baby and the two promised an upcoming joint tour.

Before the battle started, the two women, who were present in the same room, paid a tribute to the Black Panther Chadwick Boseman. Soon after, vice presidential candidate Kamala Harris called in to thank them for supporting Michelle Obama’s “When We All Vote” registration initiative and professed her love for their music.

I’m watching Monica versus Brandy outta no where Kamala harris pops up I damn near had a heart attack 💛💛💛💛 #KHive #BrandyVsMonica pic.twitter.com/rvCmOwNsxX

More than 1.1 million people tuned in to watch VERZUZ on their Instagram Live channel. They also addressed the drama around their relationship in the past, revealing that they hadn’t spoken to each other in almost 8 years before this event. Brandy said to Monica: “And, I just need you to know that I have the utmost love and respect for you as well, no matter the times where it seemed like I didn’t.”

Monica talked about rapper C-Murder’s incarceration and prison reform while Brandy said she wanted to be a part of the movement. Brandy pressed the button on tracks like ‘Baby”, ‘Almost Doesn’t Count’, ‘Full Moon’ and even shared a poem for some of the loved ones she’s lost.

Monica played records like ‘So Gone’, ‘Don’t Take It Personal (Just One of Dem Days)’, ‘For You I Will’ and ‘Angel of Mine’. In case you missed the battle, you can watch a full replay of it below.

Brandy: What About Us?
Monica: Everything to Me

Brandy: He Is
Monica: A Dozen Roses (You Remind Me)

Brandy, Gladys Knight, Tamia, Chaka Khan: Missing You
Monica: For You I Will

Brandy: Almost Doesn’t Count
Monica: Why I Love You So Much

Brandy: Brokenhearted [ft. Wanya Morris]
Monica: Love All Over Me

Monica: Anything to Find You [ft. Rick Ross]
Brandy: Top of the World [ft. Mase]

Monica: The First Night
Brandy: Who Is She 2 U

Monica: Before You Walk Out of My Life
Brandy: Sittin’ Up in My Room

Monica: Sideline Ho
Brandy: Put That on Everything

Keyshia Cole: Trust [ft. Monica]
Brandy: When You Touch Me

Monica: Just Right for Me [ft. Lil Wayne]
Brandy: Have You Ever

Monica: Angel of Mine
Brandy & Monica: The Boy Is Mine