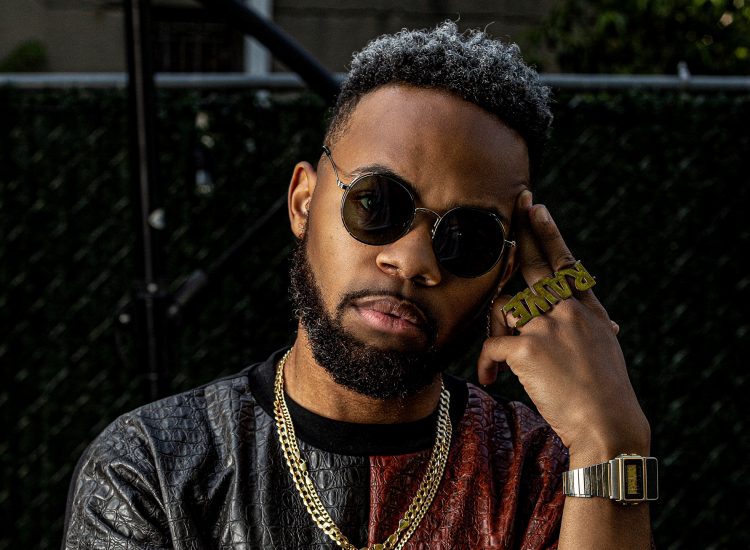 Singer-rapper Devvon Terrell has been bubbling under the radar for a while now but he’s ready to take the main spot.

The talented musician, who first rose to fame around 2010 thanks to his super popular covers and remixes on YouTube, has amassed quite a fan base. His combined views on the platform are over 170 million with close to 1 million subscribers tuned in for new content every other week.

Today, Devvon has released his new album titled VOL. 2 DEJA VU (stream here) which features 13 songs full of a unique blend of Hip-Hop and Soul music. ‘Thank My Exes’ serves as the lead single off the project where the Brooklyn artist sings about the benefits one can reap from moving on from an ex. HHNM is happy to premiere the self-directed music video today which sees Devvon turn a church congregation to a mini party. Watch it below.

We also caught up with Devvon for a quick chat about the song and his music.

What was the inspiration behind this song?

I wanted to take a moment and express my admiration for all my exes that screwed me over (laughs). Thanking them for making me the person I am today. Because without them I wouldn’t be able to spot someone that’s right for me.

When did you record the album? Was it during the quarantine period?

So funny thing is this album was done in February. But once the quarantine hit I decided not to release it for obvious reasons. I’m so glad I held it because this album is important to me.

I’m so hype to FINALLY say my new album Vol 2. Deja Vu drops oct 2nd! So from the tracklist what do you think your favorite song will be 🤔 Artwork by @catdaddyart . . . . #albumcover #newmusic #rnb #artoftheday #art

Your style of delivery and vocals has a traditional touch to it and a little different from what we usually hear today in mainstream R&B. Where does your style come from and who are your biggest influences?

Honestly I always wanted to sound different from the norm. There is real value to an artist when you know their voice and cadence as soon as they come on a song. That’s extremely important to me. I think my style came from me constantly experimenting until i got it right. Ne-Yo was my foundation into songwriting. I studied him a lot.

You initially got famous online because of your covers and remixes. Do you enjoy doing that or making original music more?

I enjoy making my own music so much more but I have a huge affinity for remixes. Its so much fun to put your spin on some of these records!