Dounia Taps Skrillex for New ‘Grey Goose’ Single: “I align with icons only, it’s kind of my thing” 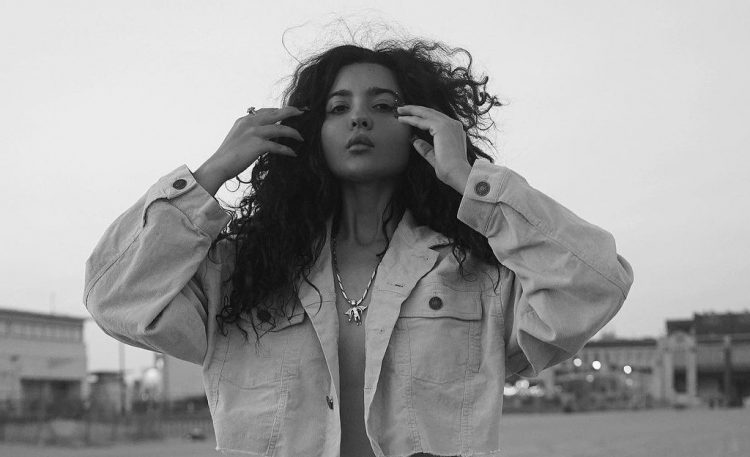 Alternative R&B singer Dounia has been grinding independently in the music space for last three years or so.

Today, she has joined forces with super producer Skrillex for her new single ‘Grey Goose’ and it comes along with a music video as well. The indie artist has released a bunch of singles and EPs over the last couple of years but this collaboration is probably the biggest one yet, signaling an upward trend in her career.

The Moroccan-American singer stays true to her silky sound on the new single — she definitely isn’t making outright Dance-EDM tunes just yet. Raised in Morocco and Queens with traditional Muslim values, Dounia initially gained fame due to her body positive messages on Instagram but soon started releasing music to showcase all aspects of her talents. Now powered by nearly 300k listeners on Spotify, she’s here to make a big mark.

So how did the new collab with Skrillex happen? “He DMd me randomly one day. And then I happened to be in LA while he was. And we linked up. And hung out with his dog. And made beautiful music. He’s truly a vibe,” Dounia told HHNM about the new song.

She says she has a thing where she aligns well with icons and her team set all the business on the backend right to make sure the single went through without any problems. “I align with icons only, it’s kind of my thing. I have an amazing team so they handled all the business stuff. I was mostly into the song and having fun with it and feeling blessed.”

The song is the first taste off her forthcoming project which is expected soon. “It’s an insane project. As with all my albums, you can expect versatility, heart, soul and generally crazy ass music. That’s how I feel. I’ve been tucking away gems and favorites for a while now and I know it’s gonna be something I’m proud of,” the singer continued. “‘Grey Goose’ is a very conceptual song to me – fun, theatrical with an interesting character being painted out. I think that’s an energy the album will reflect as well. Getting outside the box. Mix of personal, conceptual, theatrical. No specific date is set yet but, 2021, to be generous,” she added.

Watch the video for ‘Grey Goose’ below.