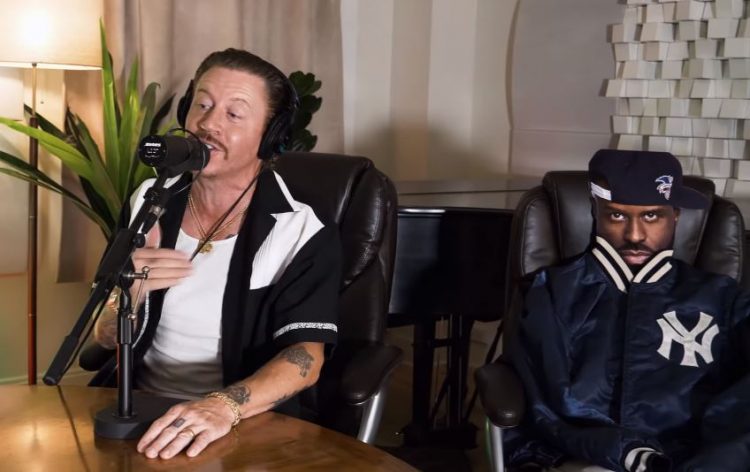 Macklemore hasn’t been in the public limelight for a very long time.

The rapper has also not released any new music since forever but he has a surprise for us. The Seattle emcee has re-emerged today with a new freestyle on his YouTube channel which has been done in collaboration with Funk Flex. “2020 Funk Flex freestyle,” he writes in the description and even has a Flex mannequin to accompany him.

The YouTube video is titled “I felt like rapping…” so you can tell he’s been missing the game. “Back in my day you got jumped trying to do that / Curb stopped for the N-word, don’t use that / The internet got everybody cozy / Like in real life you won’t get socked in the dome piece / Tough in the bio when you wildin’ with the homies / But deep down your idle, tired, and lonely / Shit, I am too / The world’s in a shortage of real music, real people, real importance / Like God got drunk on a bunch of coronas and ashed his backwood on a California forest,” he raps.

He later also calls out white supremacists and promotes the theory that voting for Joe Biden is better than voting for Donald Trump. Watch it below. How did he do?