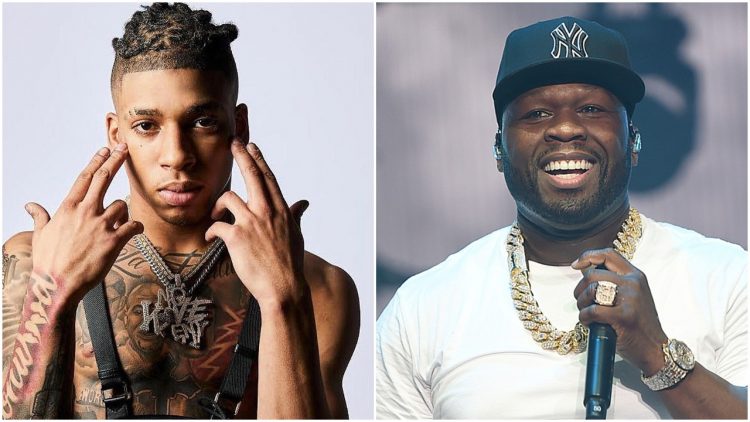 UPDATE: 50 reveals via Instagram that this will serve as the theme song to his upcoming POWER based show, Raising Kanan. Also, there is now a longer snippet available where one can hear almost entire of 50’s verse.

NLE Choppa has a good work ethic, which you can’t do without in today’s times if you want to make it big commercially.

The rising Memphis rapper released his From Dark to Light project on his 18th birthday (11/1) at exactly 11:11am CST. On it, he explored “dark thoughts and emotions, embarking on a spiritual journey that leads to hope and light” and offered 13 songs in total. Big Sean and Ink were the only two guest appearances.

But it looks like he has more music on the way (perhaps a deluxe version?) and he’s enlisting a heavyweight. The rapper previewed an unreleased song, tentatively titled ‘Make Money’, on his Snapchat on Thursday where you can hear 50 Cent on the guest vocals over a smooth beat sampling Keni Burke’s’s 1982 classic ‘Rising To The Top‘.

50 brings his vintage singing-rap flow on it which will surely make his fans happy. Interestingly, he has previously dropped a freestyle over the same sample too. Take a listen to the preview below.