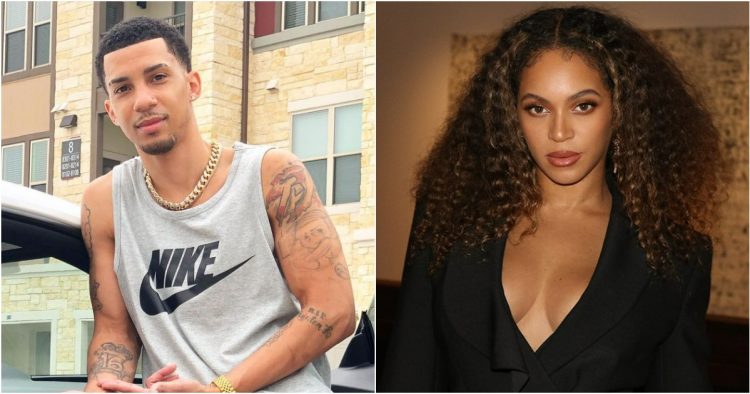 Rapper Martell Derouen, who performed under the stage name Kardone, was shot and killed in San Antonio. He was 34.

The San Antonio Express-News reports that Derouen was found dead on Tuesday after police conducted a welfare check. His friends and family had alerted the police after not hearing from him for days. San Antonio police discovered Derouen’s body inside his apartment in central Texas on Tuesday. He died from a gunshot wound.

Local media has identified DeRouen as Beyoncé’s relative through her maternal grandmother Agnéz Deréon. Tina Knowles’ fashion line House of Deréon was named after her but Beyonce or her reps have not yet confirmed the relationship.

“Hailing from San Antonio, TX by way of Louisiana, Kardone was widely known in his area for being Beyonce’s cousin, but in the last few years, he’s changed that narrative with his own musical pursuits,” his Spotify bio reads where his biggest song ‘Magic’ has over half a million plays. He was distributing his music through The Orchard/Sony Music.

The police are reportedly searching for Sasha Skare, 21, who they believe is the prime suspect for the murder. An arrest warrant has been issued. “There is no way to replace him but please help us find this girl,” Derouen’s wife, Joia, wrote in a statement. “She is dangerous and I do believe she will kill again. If you see her please contact the police.”

“Kardone was one of those ones who rose and shine bright, brighter than, you know, some of those that was in the room with him,” Brian Mitchell who owns Fyngermade Studio, told KSAT. He described his friend as “quiet, humble and gentle.”

He added that although he was related to Beyonce, he didn’t run around the city telling people that fact. “That’s not even something he would even mention to people. We’d just have to put in his bios because it’s just, it’s worthy to put it in there, but he doesn’t like stuff like that,” Mitchell recalled.