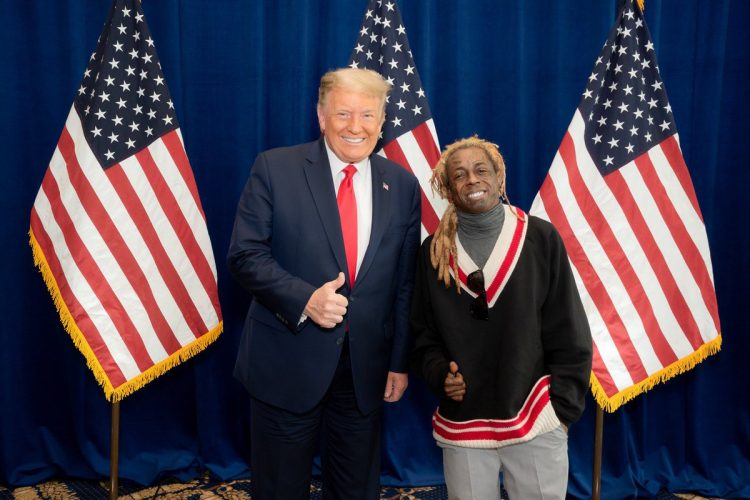 UPDATE (Jan. 19): It’s official. Reuters has confirmed that President Trump has pardoned both Kodak Black and Lil Wayne on his last day of presidency. Former mayor of Detroit, Kwame Kilpatrick has also been pardoned.

Below are official statements from the White House about both pardons.

Dwayne Michael Carter Jr. – President Trump granted a full pardon to Dwayne Michael Carter Jr., also known as “Lil Wayne.” Mr. Carter pled guilty to possession of a firearm and ammunition by a convicted felon, owing to a conviction over 10 years ago. Brett Berish of Sovereign Brands, who supports a pardon for Mr. Carter, describes him as “trustworthy, kind-hearted and generous.” Mr. Carter has exhibited this generosity through commitment to a variety of charities, including donations to research hospitals and a host of foodbanks. Deion Sanders, who also wrote in support of this pardon, calls Mr. Wayne “a provider for his family, a friend to many, a man of faith, a natural giver to the less fortunate, a waymaker, [and] a game changer.”

Bill K. Kapri – President Trump granted a commutation to Bill Kapri, more commonly known as Kodak Black. Kodak Black is a prominent artist and community leader. This commutation is supported by numerous religious leaders, including Pastor Darrell Scott and Rabbi Schneur Kaplan. Additional supporters include Bernie Kerik, Hunter Pollack, Gucci Mane, Lil Pump, Lil Yachty, Lamar Jackson of the Baltimore Ravens, Jack Brewer formerly of the National Football League, and numerous other notable community leaders. Kodak Black was sentenced to 46 months in prison for making a false statement on a Federal document. He has served nearly half of his sentence. Before his conviction and after reaching success as a recording artist, Kodak Black became deeply involved in numerous philanthropic efforts. In fact, he has committed to supporting a variety of charitable efforts, such as providing educational resources to students and families of fallen law enforcement officers and the underprivileged. In addition to these efforts, he has paid for the notebooks of school children, provided funding and supplies to daycare centers, provided food for the hungry, and annually provides for underprivileged children during Christmas. Most recently while still incarcerated, Kodak Black donated $50,000 to David Portnoy’s Barstool Fund, which provides funds to small businesses affected by the COVID-19 pandemic. Kodak Black’s only request was that his donation go toward restaurants in his hometown.

Last week, there were speculations that President Trump will be pardoning a list of people before he leaves office and that Lil Wayne and Kodak Black were on the list.

Fox News is now reporting that he is expected to issue 50 to 100 commutations and Lil Wayne will likely make it. During the run up to the 2020 Elections, the veteran rapper took fans by surprise when he went on social media to publicly show his support for Trump’s campaign.

“Besides what he’s done so far with criminal reform, the platinum plan is going to give the community real ownership. He listened to what we had to say today and assured he will and can get it done,” he said in his caption.

Just had a great meeting with @realdonaldtrump @potus besides what he’s done so far with criminal reform, the platinum plan is going to give the community real ownership. He listened to what we had to say today and assured he will and can get it done. 🤙🏾 pic.twitter.com/Q9c5k1yMWf

Of course this was met with a lot of criticism but he is set to win a favor in return with a pardon which Trump is projected to execute on Tuesday or Wednesday before Joe Biden’s inauguration.

Wayne pled guilty in federal court last month to illegally possessing a loaded weapon along with drugs while traveling to Miami on a private jet a year ago. Police had said that they found a gold-plated Remington 1911, .45-caliber handgun loaded with 6 rounds of ammunition. They also claimed they found a bag containing personal use amounts of cocaine, ecstasy, and oxycodone. He faces up to 10 years in prison.

Fox reports that there was a meeting at the White House on Sunday afternoon to finalize the list of pardons and commutations and that sources with knowledge of the process say Trump is not expected to grant protective pardons for any members of his family, nor is he expected to attempt to issue a pardon for himself.