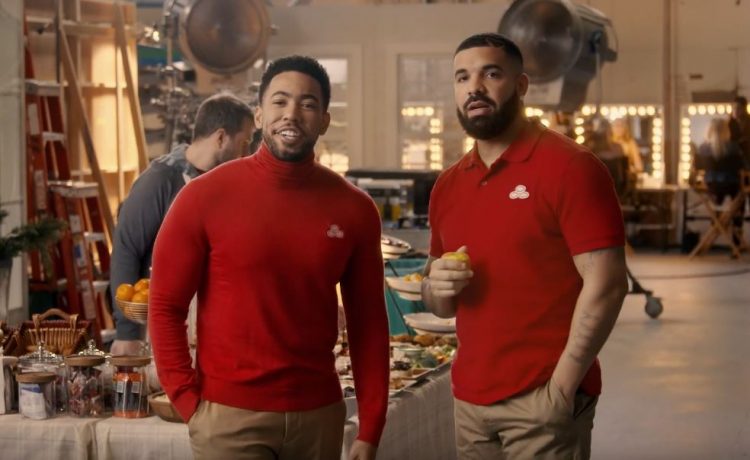 Super Bowl commercials are always something to watch out for — pandemic or not.

Millions of fans are tuning in to watch Super Bowl LV, which is airing Sunday evening on CBS. Although some big brands like Budweiser, Coke, Pepsi, Kia and Hyundai have decided not to air commercials during the matchup between the Chiefs and Buccaneers, there are of course some companies who are looking to capitalize on the available slots.

Earlier this week, State Farm revealed it will air its first-ever in-game Super Bowl commercial this year. The excitement was real as a “big” musical guest was teased for the spot. Well, it’s none other than Drake who stars in the 30 second-ad alongside MVP QBs Aaron Rodgers and Patrick Mahomes and Jake from State Farm.

The Canadian superstar enters the behind the scenes-styled clip dressed in Jake’s classic State Farm uniform as a stand-in aka Drake from State Farm. Watch it below.