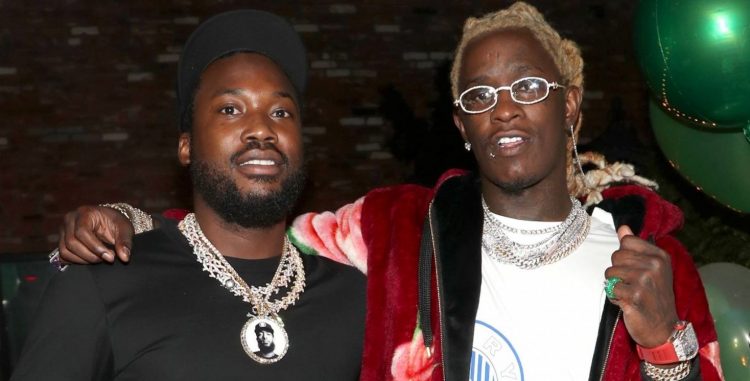 Young Thug was relatively quiet in 2020 when it came to new music but it looks like this year will be different.

For the past few weeks, the YSL head honcho has been teasing the release of his new project Slime Language 2, a compilation of sorts from his label. A song from Yak Gotti, Yung Kayo, & Sheck Wes called ‘GFU‘ has already been released but it’s time for the follow up today.

This time, Thugger himself appears on it, bringing along Meek Mill and New York rapper T-Shyne on ‘That Go!’. Thug previewed it on Instagram yesterday, attracting a lot of positive comments but the full song premiered on HipHop Nation radio this morning (Feb. 11). Listen to the bouncy song below.

The official version of the track goes live at midnight — pre-save it here.

UPDATE: The song is out now.