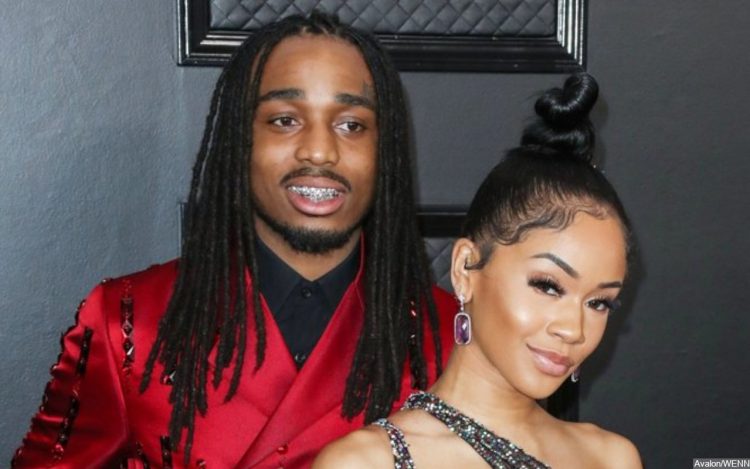 It looks like Quavo and Saweetie had at least one ugly fight before their breakup earlier this month.

TMZ has posted a video of the two fighting in an elevator. In the leaked surveillance footage which reportedly is from an apartment complex in North Hollywood, one can see Saweetie swinging on Quavo when the elevator door opens. It almost looks like the two are fighting over an orange Call of Duty case.

Quavo then shoves her to the floor of the elevator and ends up with the case in possession. Saweetie is then seen laying on the ground, possibly hurt from the altercation. The clip is reportedly from last year. The elevator then reaches another floor with Quavo making the exit first. Saweetie walks off as well, with a little bit of a limp.

Quavo recently previewed a new Migos song which is expected to release soon.