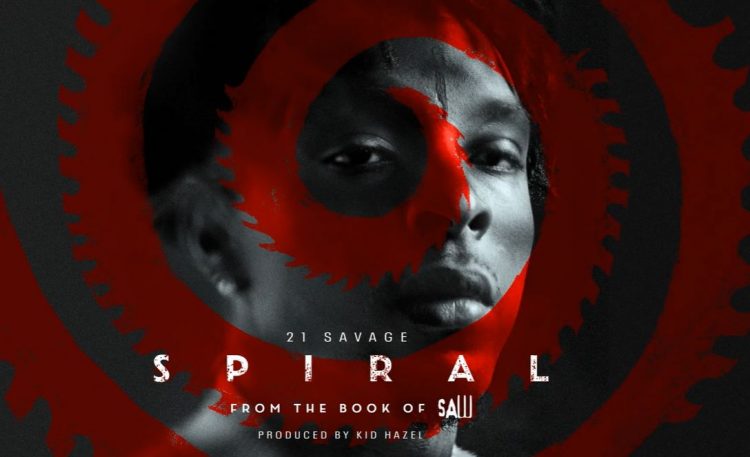 21 Savage unveils his latest single ‘Spiral’, a song from the upcoming film Spiral: From The Book Of Saw, which also happens to be the lead single from the soundtrack. The rapper shared a snippet from the track earlier today.

Savage has also been tapped to executive produce the music for the movie, which hit theaters May 14. No news on who else will be featured on the soundtrack, however with the rapper behind the project, it’s bound to be a hit. The film stars Chris Rock, Samuel L. Jackson and Max Minghella, who play three police officers investigating a string of New York murders.

Listen to ‘Spiral’ below.