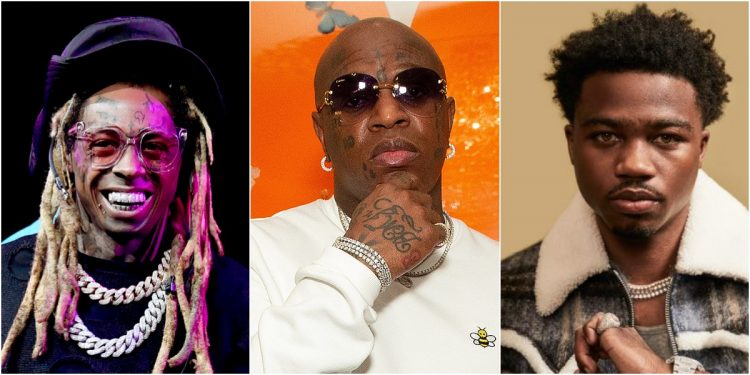 It looks Lil Wayne, Birdman and Roddy Ricch are preparing to drop a new collaboration.

Details about the upcoming song are scarce but LilWayneHQ managed to grab some footage of the three shooting a music video for the track on a boat with some models. You can also hear a tiny bit of the song in the background.

It isn’t clear which project the song will appear on but it’s interesting that Birdman is actively playing a role as he hasn’t been releasing music lately. It’s also possible that the song belongs to Weezy and Roddy, and Baby appears in the video as a cameo. We shall soon find out.

Last week, Wayne revealed the surprising news that he is a married man. He didn’t mention who the lady was but all hints point to girlfriend Denise Bidot.