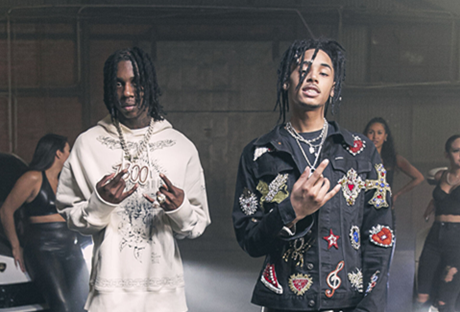 Hip-Hop newcomer TheHxliday released the visual to his latest single featuring rapper Polo G, ‘Wit Dat’. Earlier this week, he shared a sneak peek with fans on social media. This is his first collaboration with the Billboard Hot 100 Chart-topping star.

Most of the video is filmed in an LA warehouse, where both artists are seen surrounded by beautiful women and driving nice cars, while rapping over a hard-hitting track aimed at haters. ‘Wit Dat’ is the first single off the 19-year-old’s forthcoming EP, The Most Beautiful Disaster. TheHxliday is slowly marking his territory onto the Hip-Hop scene, expressing his raw emotions through music and creating a positive impact on others as well.