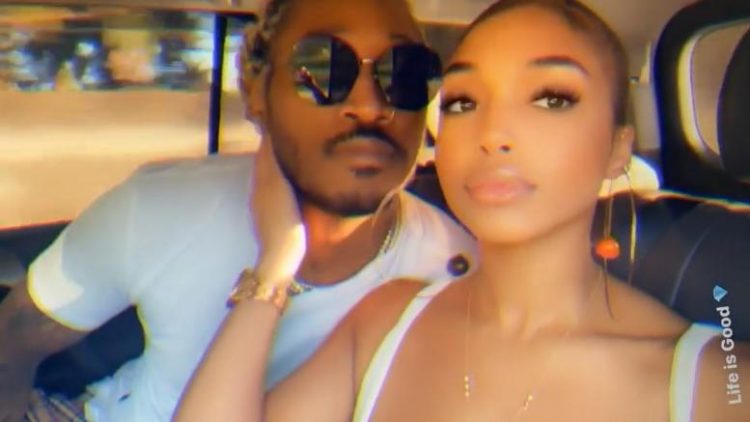 Future and Lori Harvey are no longer together but the rapper is making sure he drops a reference on a song to make his stance clear.

The pair dated briefly last year, going on vacations together, and with Future posting about Lori all over his social media. Lori kept her relationship with Future more on the low. The pairing seemed a bit odd to some fans and it came as no surprise to them when they broke up following months of public romance.

Now Future is rapping about her on his song with 42 Dugg – well, sort of. “Tell Steve Harvey I don’t want her,” croons Future on an upcoming track with Dugg, a snippet of which has surfaced online and can be heard below.

There’s no word where the song will appear and when it comes out. Steve Harvey wasn’t a fan of Lori’s relationship with Future it seems. Speaking on The Ellen DeGeneres Show back in March, he said: “You know what, I have tried not to like him. I have tried to find something wrong with him. Because I got rid of all of them (Lori’s former boyfriends). All of them. Some of them snuck in through the back door and lasted a lot longer than I wanted.”