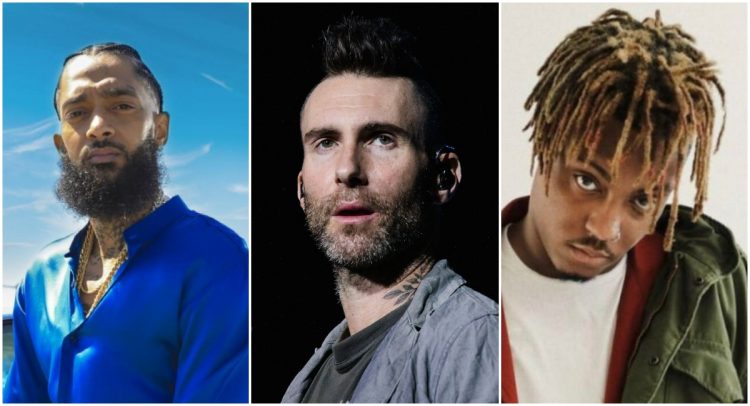 Maroon 5 are set to release their new album JORDI on June 11 across all DSPs as well as physical stores.

Today, the band has unveiled the official tracklist for the album which is named after their late manager Beanie Feldstein, who died from a blood clot in 2017. “I miss him every single day. And I’m proud to have etched his name into the history of this band that he helped build from the ground up…every step of the way. We love you Jordi,” Adam Levine said in an Instagram post.

The tracklist looks interesting because it features two Hip-Hop stars who recently passed away, Juice WRLD and Nipsey Hussle. They’re both on separate tracks too. Some of the other guests include Megan Thee Stallion on the lead single ‘Beautiful Mistakes‘, H.E.R, blackbear, Stevie Nicks and YG. Take a look below.

The album will be available in standard and deluxe editions. The physical Deluxe will be available exclusively at Target and includes ‘Button’ feat. Anuel AA, Tainy and Jason Derulo’s ‘Lifestyle’ ‘feat. Adam Levine. The Target version comes along with a limited-edition cover and poster.