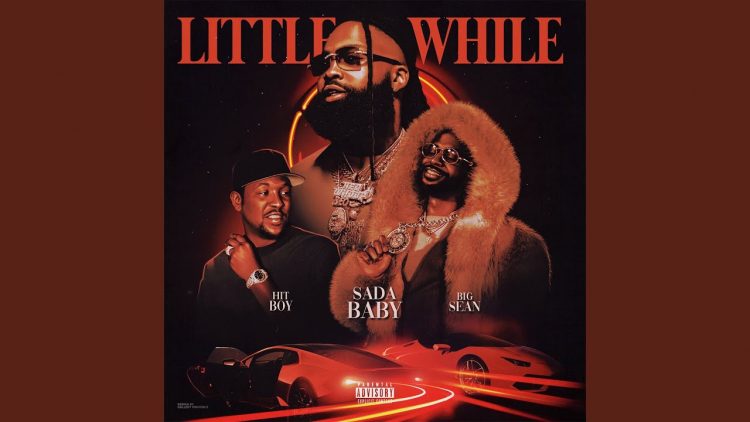 Sada baby has been teasing his new single ‘Little While’ for a few days, revealing that Big Sean and Hit-Boy would be featured on it.

The song is here now and just like his previous hit ‘Whole Lotta Choppas‘ where he enlisted Nicki Minaj on the remix, Sada Baby taps into his fun side with an uptempo beat.

“It for sure should feel different coming from me because besides “Whole Lotta Choppas,” I hadn’t really released like a lot of what I say, intentionally fun music. You know what I’m saying? Because a lot of my songs they are what they are as far as the grit and stuff like that. But I’m the type of artist that likes to dance and just give the energy through the music. So songs like “Whole Lotta Choppas,” and this one that are intentionally made for people to have fun. I feel like I do those with ease,” he said about the song in conversation with Zane Lowe on Apple Music.

He continued, explaining how Big Sean ended up as a guest on it: “So the “Little While” song with Big Sean, it was the full song with just me on it. And then I let Sean hear it because sometimes when I go out to LA, Hit-Boy lets me come to his studio and just record. So Sean was there one day while I was recording. I wanted him to hear a “Little While” and I let him hear it. And he never stopped asking me about the song to the point to where he was like. To the point to where he was just like, I’m going to put a verse on it. So I took the second verse up and my engineer took the second verse off and sent the session and stuff to him and when he said the verse back and it was a classic Sean verse, I was just ear to ear smiling. And he threw a little bit of vulgar in there so I was like, yeah, that’s my guy.”

Sada Baby also revealed during the interview that he’s got upcoming music with Snoop Dogg, Wiz Khalifa and Murda Beatz on the way. Listen to ‘Little While’ below.