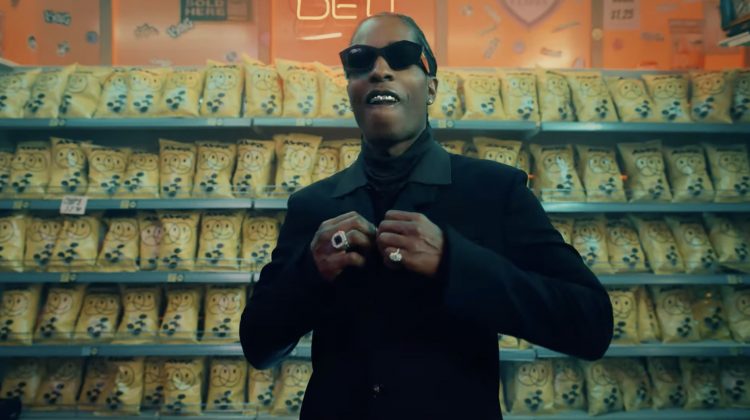 In an interview he did that dropped last month, A$AP Rocky confirmed that his All Smiles album is almost finished. He called it a “ghetto love tale” and “way more mature” than his previous work. You can check out more from that interview here.

Today, Rocky and Klarna debut a new campaign that encourages people to get new looks going now that things are opening up again. Rocky is also announced as a shareholder. On the collab, Rocky says: “it’s not for me to decide what people should wear or how they should wear it, but helping Klarna create a space for people to discover their own style is more of the consulting and curation I’ve been a part of in fashion for years.”

In a new video that drops as part of the campaign, we can hear a very short snippet of new music from the rapper. No word on whether or not it will appear on the album.

You can check the video out below. Skepta makes a cameo too.