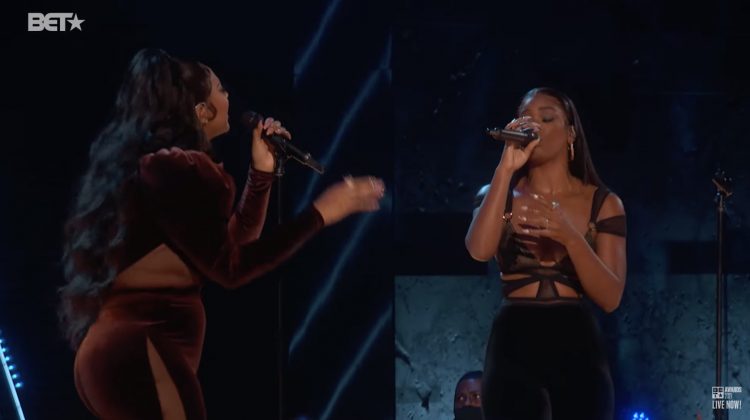 Jazmine Sullivan’s Heaux Tales album received some heavy praise upon release and it looks like it’ll hold up enough to be in the conversation for the best album of the year at the end of 2021. She actually just won Album Of The Year for it at the show.

On there is a collaboration with Ari Lennox called ‘On It’, which the pair performed earlier tonight at the 2021 BET Awards. Sullivan also performed her latest single ‘Tragic’ which samples Maxine Waters, who she brought out for some assistance.

Check out the performance and acceptance speech below.