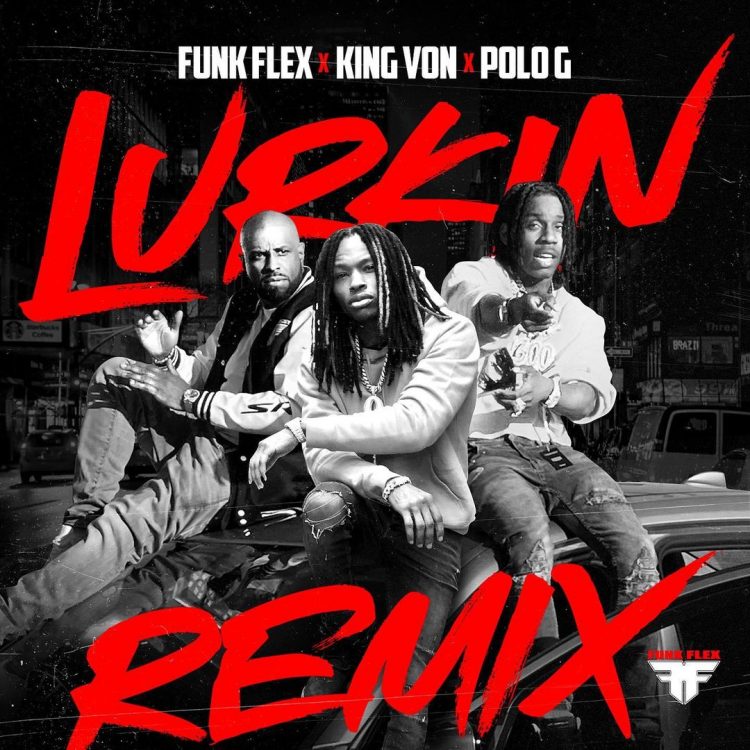 Funk Flex is back!

After the success of his single ‘Lurkin’ featuring late rapper King Von, the Bronx native enlists chart-topping artist Polo G for the remix. He also released the black and white visual to go along with it. Flex shared a short clip on his Instagram feed.

The renowned DJ has an ear for music, recognizing some of the best up-and-coming artists, hence why he added Polo G to the remix, honoring King Von who the rapper was close to.The Juggernaut-directed music video includes original takes from the previous visual, and an appearance by Polo G. In addition to his vocals, the rapper brings his own style to the song as well.

Along with the release of the remix, Funk Flex also shared some news about his upcoming full project. It’s called Funk Flex Presents: The Curation 001, it arrives before the end of this year and it will include a series of curated projects with appearances from some of the hottest, current and relevant talent.

Check out ‘Lurkin’ (Remix)’ below.