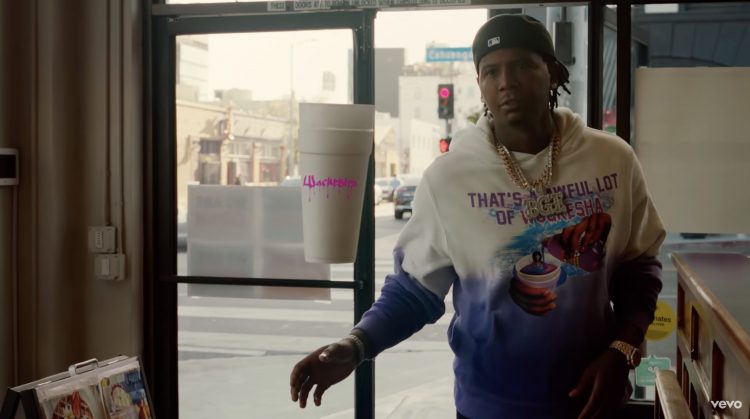 Moneybagg Yo dropped A Gangsta’s Pain back in April and the single ‘Wockesha’ has really taken off. Just a few days ago at the BET Awards, the rapper performed the single and you can check out the performance here.

Now, Moneybagg Yo has released the visual for the song. The song samples Lil Wayne’s classic interview with Tim Westwood from 2009 and Wayne is actually in the video, reciting his classic, hilarious quotes.