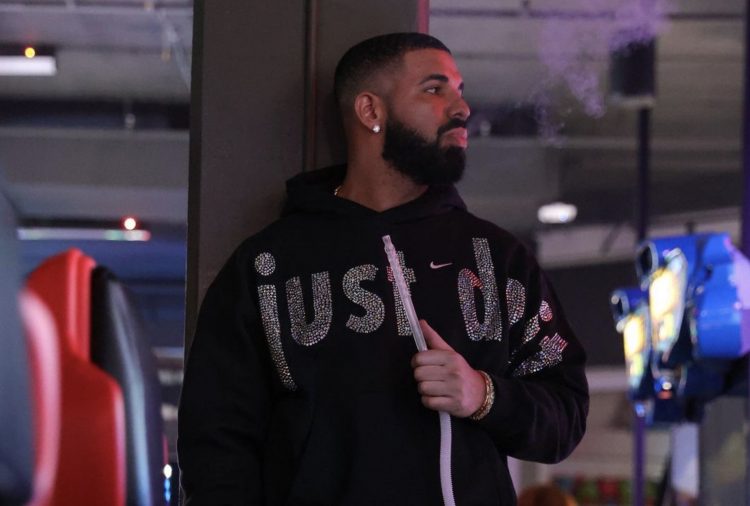 UPDATE: Elliott Wilson has confirmed that the image is the official cover art.

Even despite the fact that advertising during Sportcenter is a big deal, fans were still unsure about whether the September 3rd release date for Certified Lover Boy was real. We were adamant about it being the real date, but people remained unconvinced.

This morning on Instagram, Drake confirmed the date. He posted an image with the caption “CERTIFIED LOVER BOY SEPTEMBER 3”. Despite the confirmation, the real discussion around the post has been the actual image.

The image is of the pregnant woman emoji, repeated twelve times, with only one of them having the colour scheme of an official emoji that you can use. There has been speculation about whether or not this is the album cover.

Despite there being no text or parental advisory warning on it, a lot of signs point to that fact. Drake tagged Damien Hirst, an incredibly popular artist. If it’s his image, there’s a good chance it was commissioned or created by Damien for something as important as the album cover as opposed to just an IG post.

Other accounts associated with Drake have also posted the image, like Oliver, Niko, the OVO Sound account and the Sound42 account, which makes it all the more likely that it would be the official image.

Some also wondered whether the twelve emojis represented twelve tracks on the album, which is unlikely but certainly a possibility.

The surprise comes because up until this point, every single one of Drake’s album covers has had his face on, from Thank Me Later to Scorpion. Also, some of you might remember that DrakeRelated.com accidentally leaked some CLB artwork that looked like the cover a few weeks ago. Many thought that would end up as the official cover.

The general consensus around the art seems to be disappointment if it were the actual artwork for the LP. At the end of the day, the music is what counts! We get to hear it this Friday.