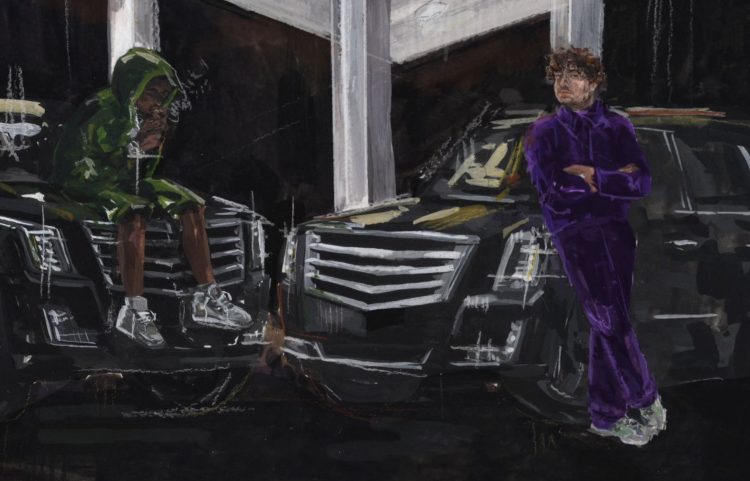 The Kentucky rapper teased new music with Pooh Shiesty by posting a video on social media of the two in a studio session. The caption read “Just let me know when y’all want this one…”

Just let me know when y’all want this one…@pooh_shiesty pic.twitter.com/mK4kcsv9Y6

The title of the new track is called ‘SUVs (Black on Black)’ and on it, the two rising artists prove why they’re some of the biggest rappers in the hip-hop game right now, earning them both a spot on XXL’s Freshmen Class over the past two years.

Jack shared thoughts about working with Pooh during an interview with Apple Music:

“The reason I wanted to work with Pooh is I had been listening to a lot of him. Right around when we made this song and he’s just one of those fresh voices this year, and I feel like he and I are just kind of rising at this similar time. We’re both hot artists and it felt like it made sense. I could hear his voice on it. I felt like it was a bop he could handle. You know, there’s certain beats you feel like only certain artists can get on, but this felt like something for him. I knew he would eat this, so it just made sense, and it felt organic because we had just started getting cool, and I had a record for him.”

Pooh Shiesty is currently being held in a federal detention center without bond after an alleged shooting in 2020. Meanwhile Jack announced that he will be going on tour in Europe later this month and recently performed at Rolling Loud in Miami.

Listen to ‘SUVs (Black on Black)’ below.