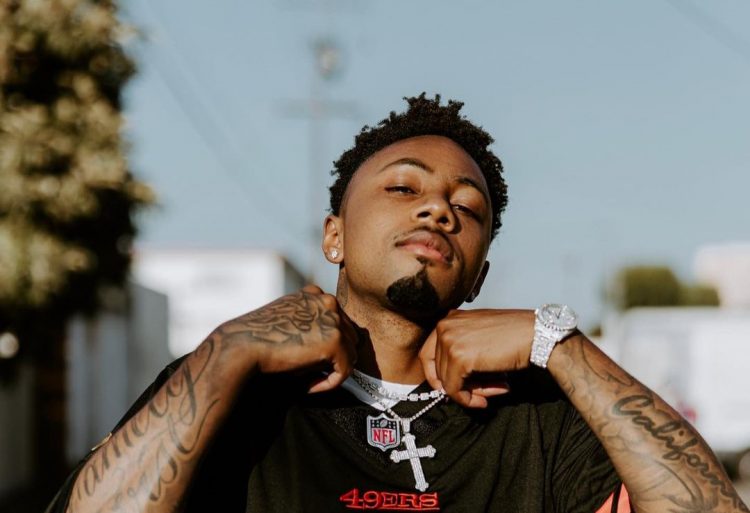 L.A. is seeing a lot of artists taking the path to success and the latest one who’s on our radar is Kyle Banks.

The rising singer has already collaborated with artists like Bino Rideaux, Cozz, and Kalan.FrFr. Today, he is debuting his brand new single ‘Bad Bih’, which is produced by Meez and LouieJi, best known for their work on Dreamville’s Revenge of the Dreamers III. It’s his first release under a new deal with Red Bull Records.

The music video has been released as well, directed by Blu which switches back and forth between intimate scenes and footage where he’s being pulled over by a police officer and subjected to harassment and racial profiling. Watch it below.

“The song is about coming up from rags to riches,” Kyle said.. “You started with nothing, and now you’ve got something happening. It’s honest. I want people to feel what I’m saying and understand it has truth to it,” he leaves off. “It’s not some bullshit. It’s real.”