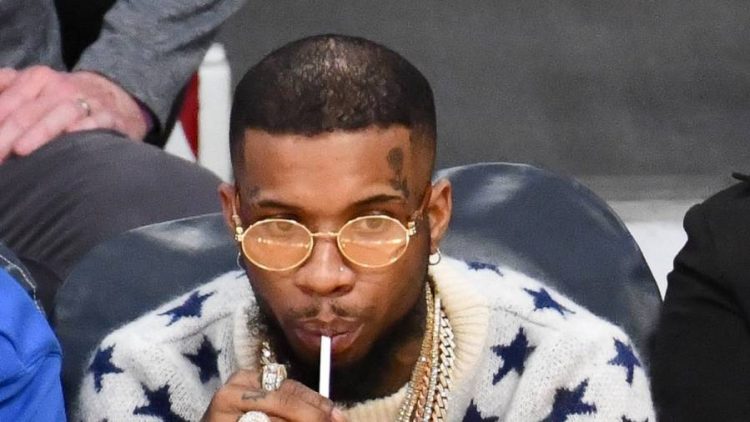 Tory Lanez would have to pay more for his bail after the judge found he violated a protective order that requires him to stay at least 100 yards away from Megan Thee Stallion.

The judge increased the sum to $150,000 from a previous amount of $190,000 after the hearing. Tory Lanez was issued a protective order after being arrested last summer. He was charged for felony assault over the incident in Hollywood Hills where he was accused of shooting Megan Thee Stallion.

The rapper-singer made a surprise appearance during DaBaby’s set at Rolling Loud festival which happened just after Megan left the festival stage. Some experts speculated that he may have violated the protective order.

The judge also modified his bail conditions to specifically prohibit him from attending events where Megan will be present, per TMZ. The judge also said if this issue comes up again, he will be remanded into custody.

“You’re facing years in prison, over 22 years in prison,” Judge Borjon said to Tory reports Billboard. “They could have filed an additional charge based on violating the protective order because that’s a violation of law as well. You do not want to be doing things like this sir. You have the means and the where with all and a lot of smart people around you to advise you as to how you should be conducting your life so we don’t have to have hearings like this.”

Tory is due back in court on Sept. 2nd. If convicted for the felony assault, he faces a maximum state prison sentence of 22 years and eight months.