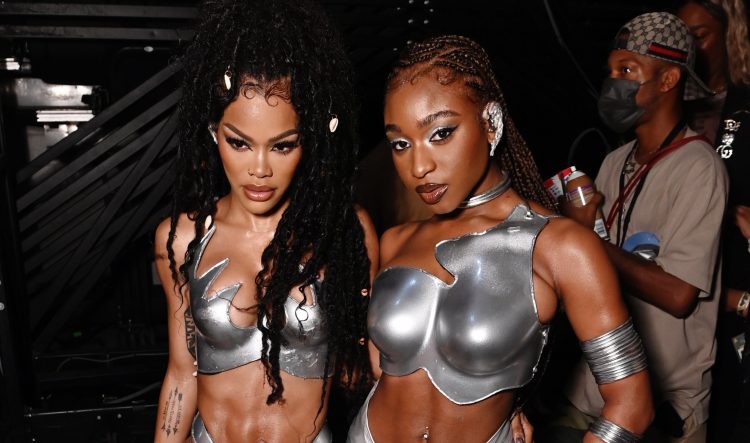 Normani shows her ‘wild side’ for yet another impressive performance at the MTV VMAs, with special guest Teyana Taylor. Although the R&B singer had no nominations this year, she definitely had everyone talking once she hit the stage in an all-silver outfit.

Not only was her choreography on point, but her performance near the end was intense, as she brought out  Teyana tied to a cross and gave her a standing lap dance, channeling her inner Janet Jackson.

In 2002, Janet slayed a similar display during her ‘All For You’ Tour, where fans went wild! Watch the video here.

Check out Normani’s MTV VMA performance of ‘Wild Side’ below.