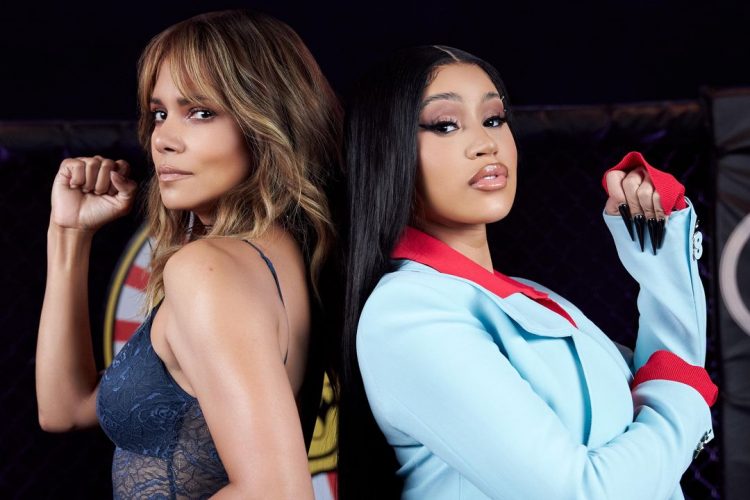 The actress and the rapper have teamed up to executive produce the first all-female hip-hop soundtrack to Berry’s directorial debut film, Bruised.

All artists were hand-selected by Cardi & Halle. pic.twitter.com/oUu5SJdZOG

According to an interview with Variety, Berry is “most excited” for the track ‘Automation Woman’, by R&B songstress H.E.R. “I have to tell you, one of the things I’m most excited about is the title song that H.E.R. sang… and she killed it. So I can’t wait to share with everyone and am super excited.” Both Halle Berry and Cardi B hand-selected each artist for the soundtrack, which also features new songs from rappers Latto, Saweetie, Young M.A., Dream Doll, and many more.

The film stars Halle Berry as a mixed martial arts fighter who returns to the octagon to face a top MMA champion. Bruised will debut on November 24 on Netflix, one week after a limited run in theaters.

Listen to the soundtrack for Bruised, released by Warner Records, below. You can also check out the solo Cardi B song ‘Bet It’ here.