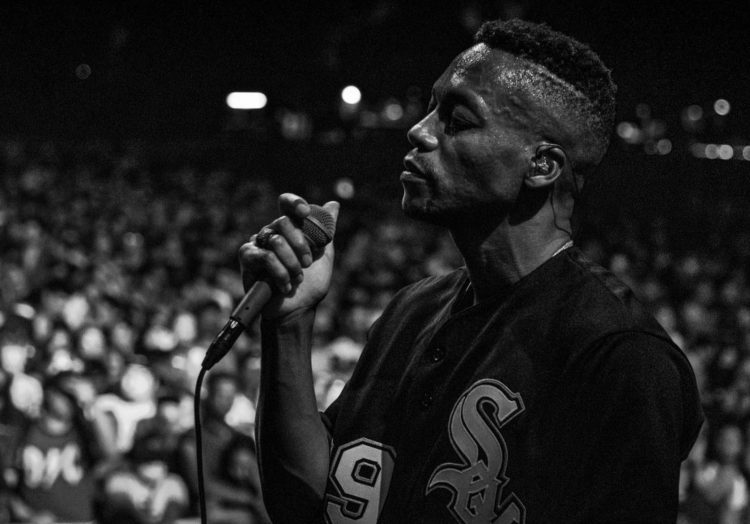 It was three months ago now when Lupe Fiasco announced that he was going to make an album in 24 hours. He shared some of the process on Twitter and Instagram Live and it eventually became a ten song album in 72 hours. Fans got extremely excited for it when Lupe called it his and Soundtrakk’s Illmatic. It’s called Drill Music In Zion.

It was cautious excitement from there from Lupe fans, due to the number of projects that have previously been announced by him only to later be scrapped. The album got sent to be mixed and we haven’t heard much about it since then. But as of this morning there are some massive updates.

Lu took to IG last night to share a pair of texts, one of which is from Soundtrakk who produced the entire thing. He confirmed that the mixing of the album is now complete. Another text called the album “mind blowing” and “genius”.

In the comments of the post is Craig Bauer, who mixed this album. He said “Honestly… it’s the best rap album I’ve ever mixed. “Album of the lifetime” Grammy.” These are massive words because Craig Bauer mixed Kanye West’s Late Registration and even worked on Graduation. He also mixed Lupe’s first two albums, Food & Liquor and The Cool. For Drill Music In Zion to receive such high praise despite only being worked on for three days is insane. Craig even took to his own IG bio and updated to say that he had just completed mixing the album and called it “GRAMMY bound”.

Now that the album is mixed, perhaps we can start thinking about a release date. In other Lupe news, check out his freestyle over JAY-Z’s ‘Hovi Baby’ here.