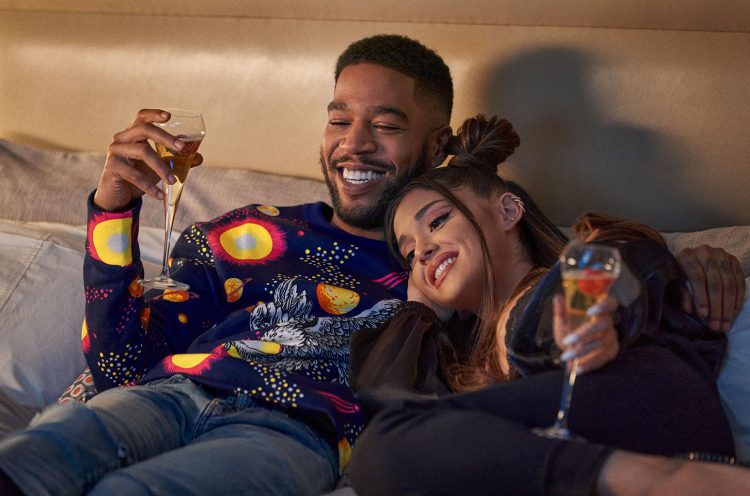 Ariana Grande and Kid Cudi have collaborated on a brand new track called ‘Just Look Up’ which was first teased last month.

The track is one of the new songs featured on Netflix’s Don’t Look Up soundtrack. Directed by Adam McKay, the dark comedy features a star-studded cast, including Leonardo DiCaprio and Jennifer Lawrence, as well as cameos from Ariana Grande, Kid Cudi, Jonah Hill, and Timothée Chalamet.

The summary of the movie says, “Kate Dibiasky (Lawrence), an astronomy grad student, and her professor Dr. Randall Mindy (DiCaprio) make an astounding discovery of a comet orbiting within the solar system. The problem — it’s on a direct collision course with Earth. The other problem? No one really seems to care. Turns out warning mankind about a planet-killer the size of Mount Everest is an inconvenient fact to navigate.”

Don’t Look Up hits select theaters on Dec. 10 and Netflix on Dec. 24. This is the first time that Grande and Cudi are joining forces on a record. Listen to the song below which is out now in select international markets.