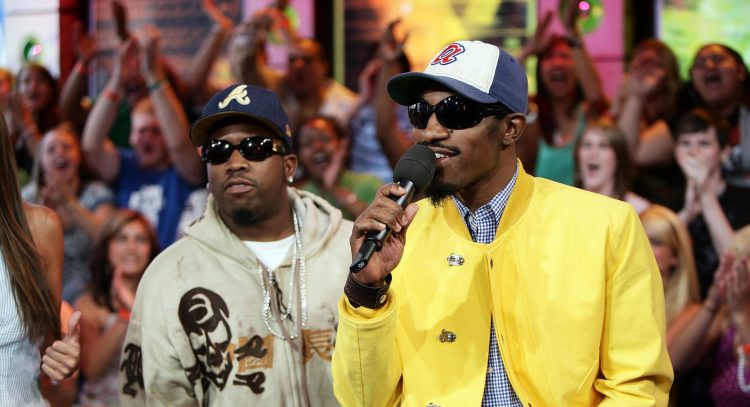 Big Boi is set to release his joint album with Sleepy Brown called Big Sleepover tonight which we are quite looking forward to hearing.

The two Organized Noise members stopped by the Apple Music offices to chat with Zane Lowe about the album, how they came up with the band name, mentoring Killer Mike and Janelle Monaé, putting Atlanta on the map, what make the city special, Big Boi never having a beef with Andre 3000 and more.

Big also revealed something interesting: he is in possession of hours of Outkast documentary-type footage shot between 1998 and early 2000s. He says it hasn’t been sold to anyone yet.

“I just so happened to be in possession of the last Outkast tours from 1998 to 2000-whatever, hours and hours and hours, we had to watch, digitized the footage for a month and a half. We had to sit through there and watch it. I got the greatest Outkast documentary. Never sold, locked in vault,” he said.

“It’s locked in the vault. Me and Dre, I told Dre I got it. Because Dre didn’t even know, I mean he knew I captured it because I had the cameraman on the road with us, but I just told him how dope it was. And so we going to hold it for a minute, but it’s out of here, man. It’s out of here… it was to the point where I had, my cameraman was on my tour bus. I got him a room every night or he slept on my sofa. He filmed the whole adventure for over 10 years,” the ATL rapper added.

“It’s times where we’re just free styling in the hotel, he’s playing the piano. My wife had just had my youngest son, I’m walking through the lobby. We just go outside with a big thing of Huggies. Yeah, it’s some real special stuff, man. I got an edit, but it’s so much, it has to be like a series almost. You know what I mean? Yeah, man, live performances of songs that only might have done once or twice. And I didn’t even remember that,” he further explained the contents of it.

We surely hope they can release it in some form soon.