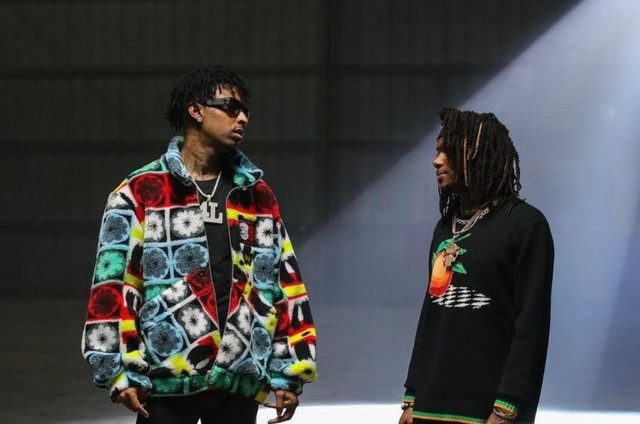 JID is back with new music.

The rapper is currently tasting big success with his song ‘Enemy‘, taken from the series Arcane League of Legends which has landed inside top 50 of the Billboard Hot 100 chart. Earlier this week, the Dreamville rapper announced that he’s dropping a single called ‘Surround Sound’ with 21 Savage and Baby Tate this Friday.

Right on time, the new track is here and it doesn’t disappoint. It’s a two part track, something that we are starting to see quite often in Hip-Hop these days. Listen below (currently only out in select international markets).