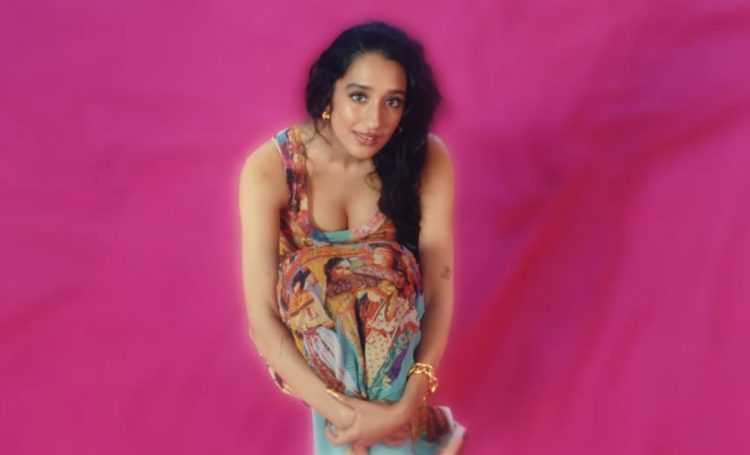 R&B singer Raveena has announced today that she has signed with Warner Records.

Along with the announcement comes her new single ‘Rush‘ where she combines Indian drums inspired by her roots with R&B/Pop elements. The Sikh-American, who has made quite a mark in the indie-R&B space in the past few years, made this excellent two-part track after experiencing a psychedelic acid trip while visiting an Eastern sound installation at the Rubin Museum.

“I wrote ‘Rush’ a couple years back and the song was the genesis of me exploring a more intense marriage between Bollywood sounds and the pop/R&B music that I grew up on in America,” she says about tune. “The song and video are centered around a character I created named Asha, a Punjabi space princess who is transported to a distant planet and learns highly advanced spiritual intelligence from the beings that live there. In the video that I co-directed with Munachi, I wanted to create a campy ode to the colorful 80’s Bollywood movies and 70’s Western sci fi movies that I’m obsessed with, complete with a choreographed dance sequence alongside Asha’s alien friends.”

Raveena also co-directed the accompanying colorful visual with Munachi Osegbu which you can watch below. You will be hearing more about her in the near future for sure.